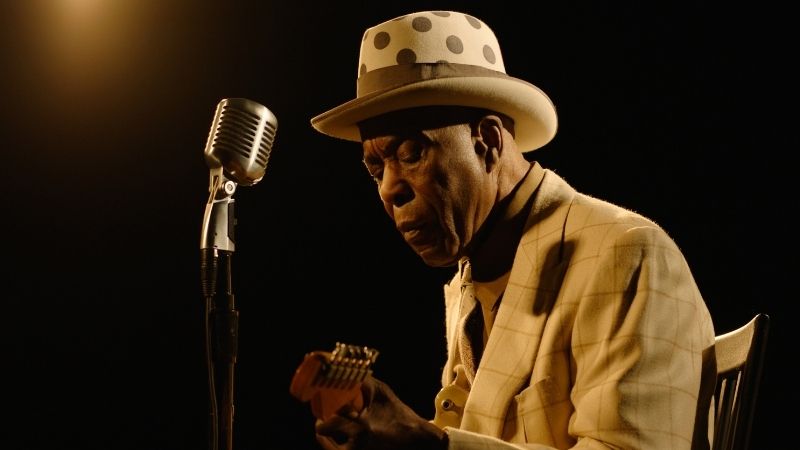 In honor of his 85th birthday, American Masters is celebrating the life and career of blue legend Buddy Guy. Buddy Guy: The Blues Chase the Blues Away highlights the blues master who transcended his early years as a sharecropper in Louisiana to become one of the most influential guitarists of all time. A Rock and Roll Hall of Fame inductee and eight-time GRAMMY winner, Guy is a pioneer of Chicago’s fabled West Sides sound and is a living link to the city’s halcyon days of electric blues.

This documentary features intimate, original interviews with Guy and archival and never-before-seen performances, including footage of the blues legend on stage with the likes of President Obama and The Rolling Stones. Interweaving archival interviews with Muddy Waters, Lightnin’ Hopkins and Willie Dixon with original interviews with musicians Guy influenced, including John Mayer, Carlos Santana, Gary Clark, Jr., Kingfish and more, American Masterstraces Guy’s rich career and lasting impact as one of the final surviving connections to an historic era in the country’s musical evolution.

After moving from Louisiana in the 1950s, Guy quickly rose to prominence as the go-to guitarist for Waters and Howlin’ Wolf amidst the iconic Chicago blues scene, directly inspiring The Rolling Stones, Jimmy Page, Jimi Hendrix, Eric Clapton, Stevie Ray Vaughan and many more. Yet solo commercial success consistently eluded Guy until a late-career breakthrough in the 1990s. A tale of decades-long perseverance, Guy’s journey reflects both the Black experience in America in the 20th century and the history of the blues.

American Masters’ Buddy Guy: The Blues Chase the Blues Away premieres Tuesday, July 27, at 9pm on CET, ThinkTV, the PBS Video App, the stations’ livestreams and online. Watch clips of the special before its premiere below.