“Around the World in 80 Days” Coming to Masterpiece

Home » Blog » “Around the World in 80 Days” Coming to Masterpiece 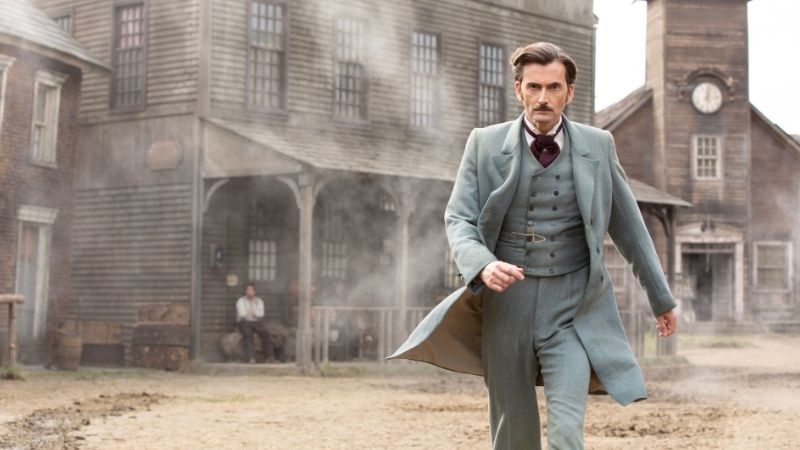 Literature’s most famous race against the calendar is coming to CET & ThinkTV in January with an innovative new adaptation of Jules Verne’s classic novel Around the World in 80 Days! David Tennant (Doctor Who) stars as the Englishman who bets a fortune that he can circumnavigate the planet in a mere 80 days — quite a feat, considering that it’s 1872. Ibrahim Koma (As Far as I Can Walk) and Leonie Benesch (Babylon Berlin) costar as his intrepid traveling companions on an expedition that packs far more adventure than the trio bargained for…

Shot on location on two continents, the heroes take ships, trains, balloons, camels, stagecoaches and other conveyances, all while meeting increasingly dangerous obstacles. What’s at stake? A wager of 20,000 British pounds, which is equal to more than $3 million in today’s U.S. currency.

The idea for the trip is sparked by a news article that reports that a recently finished railway line in India  completes an unbroken chain of modern transportation that makes it possible to circle the planet in 80 days— at least in theory. Phileas Fogg (Tennant), a modest bachelor and regular at the Reform Club, muses longingly about the possibility and is provoked by his old antagonist, Nyle Bellamy (Peter Sullivan, Poldark), into undertaking the journey and making a wager.

Fogg recruits a valet, Passepartout (Koma), who is a sharp-witted French wanderer, and they immediately set forth. Doggedly following their trail is the ambitious reporter of the story that launched the adventure, Abigail “Fix” Fortescue (Benesch), daughter of British newspaper magnate Bernard Fortescue (Jason Watkins, The Crown). Fogg soon concludes that he can’t get rid of Fortescue and enlists her as an official member of the expedition. Fogg, Passepartout and Fortescue experience revolution, starvation, false arrest, surreptitious drugging, life-threatening attacks and stranding on a desert island, among other perils. Clearly, fate — or somebody — does not want Fogg to win his bet!

Around the World in 80 Days premieres Sunday, January 2, at 8pm on CET and ThinkTV16, the stations’ livestreams and the PBS Video App. For more information about the series please visit https://www.pbs.org/wgbh/masterpiece/specialfeatures/around-the-world-in-80-days-what-we-know-now/.