Before Watching “Inside the Vatican,” Learn Some Interesting Facts About The Pope!

Home » Blog » Before Watching “Inside the Vatican,” Learn Some Interesting Facts About The Pope! 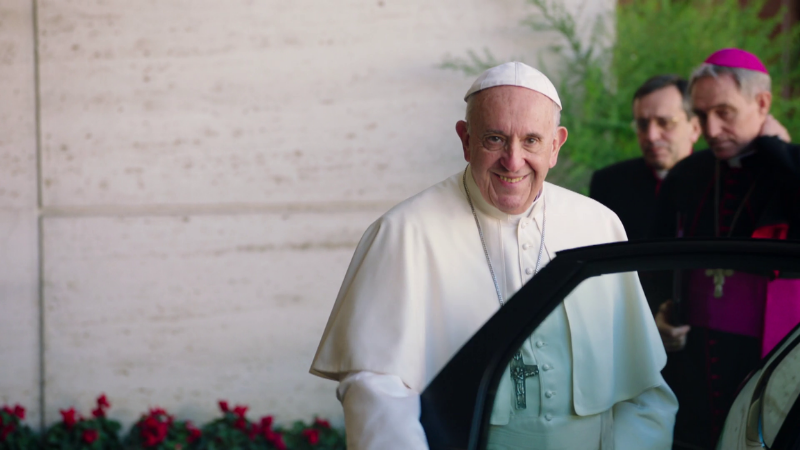 Filmed over the course of the fifth year of Pope Francis’s pontificate, Inside the Vatican provides rare behind-the-scenes access to one of the most important places in the Christian world. Nestled in the city of Rome, the Vatican is the headquarters of the Catholic Church and is an independent city-state. From the Pope himself to the head of security, the nuns who serve the homeless, the choristers of the Sistine Chapel, the papal gardener, the chief of the diplomatic corps and many others, the film offers an inside look into the daily lives of those who live and work in the Vatican. The film also looks at a time of dramatic change in the Church as the Pope introduces reforms, shakes up the clerical establishment and deals with the fallout of a sex abuse scandal that erupts just as he embarks on a historic visit to Ireland.

Inside the Vatican premieres on Tuesday, April 28 at 9pm on CET and ThinkTV16. Before watching the premiere, here are some interesting facts to know about the Pope!

– The Pope’s name wasn’t always Francis. He was born Jorge Mario Bergoglio before he became Pope Francis on March 13, 2013. He took his papal title after St. Francis of Assisi.

– He is the first pope from Americas and the 266th pope of the Roman Catholic Church.

– He has a background in chemistry. He graduated from a technical school as a chemical technician before becoming a priest.

– The Pope’s mother didn’t initially support his decision to enter priesthood. Despite being a devout Catholic, his mother initially had trouble supporting his decision to work towards becoming a priest. However, by the time he was ordained, he said she had accepted his calling.

– He likes a simple life. Instead of living in the Vatican’s Apostolic Palace (a place with luxurious accommodations), he chose to live in a simple two-room apartment. This is the first time in more than a century that a Pope had broken the tradition of living in the palace.

– The Pope is more progressive than you might think and has publicly supported the Big Bang theory and evolution. According to The Independent newspaper, Pope Francis said that “The Big Bang, which today we hold to be the origin of the world, does not contradict the intervention of the divine creator but, rather, requires it.” He also said that evolution “is not inconsistent with the notion of creation.”