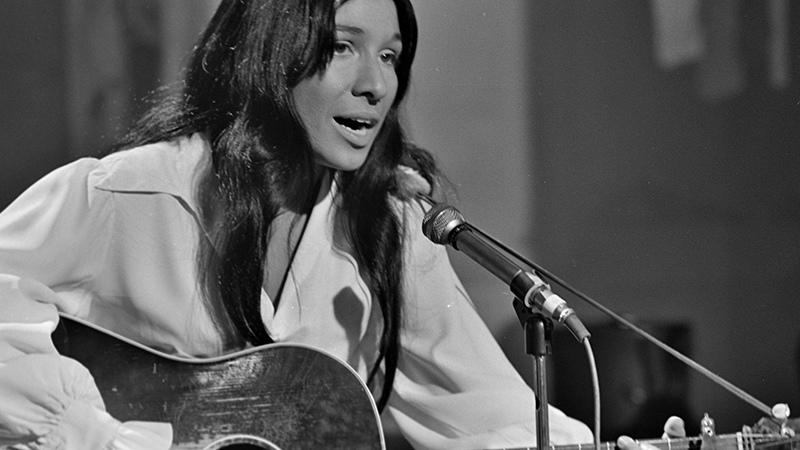 Over a career spanning six decades, Cree musician, artist and activist Buffy Sainte-Marie has used her platform to campaign for Indigenous and women’s rights and inspired multiple generations of musicians, artists and activists. Following a world premiere at The Toronto International Film Festival in 2022 and in honor of Native American Heritage Month, American Masters – Buffy Sainte-Marie: Carry It On premieres Tuesday, November 22, at 9pm on CET, ThinkTV16, the station livestreams and the PBS App

Sainte-Marie’s career took flight when she received a rave review in The New York Times and caught the eye of Vanguard Records, who released her debut album, It’s My Way. Consistently recognized for being ahead of her time, Sainte-Marie’s music revealed her most sincere opinions differentiating her from the other female pop musicians of the 1960s. Early in her career she spoke out against the Vietnam War with her song “Universal Soldier,” against readily available opioids with “Cod’ine” and shared her views on romance with “Until It’s Time for You to Go,” which has been covered by artists such as Elvis, Barbra Streisand, Cher and Neil Diamond.

Sainte-Marie changed perceptions of Indigenous people in music, film and television. When approached to play a lead role in a 1968 episode of The Virginian, she famously demanded that all Indigenous roles be played by Indigenous peoples. Additionally, across her five-year stint on Sesame Street, she was the first woman to nurse on television and she helped create segments based on her experiences as an Indigenous woman in North America.

After winning the Academy Award for writing “Up Where We Belong” from An Officer and a Gentleman with her then husband, Jack Nitzsche, Saint-Marie stepped out of the spotlight. She returned to music after a 14-year hiatus with her critically-acclaimed album Coincidence and Likely Stories. In 2015, she beat out Drake for the Polaris Music Prize for her album Power in the Blood. At the age of 81, Sainte-Marie actively tours and continues to be an activist for Indigenous rights, including championing efforts to end the oppression of and violence against Indigenous women.