“Blowin’ Up” Comes to POV 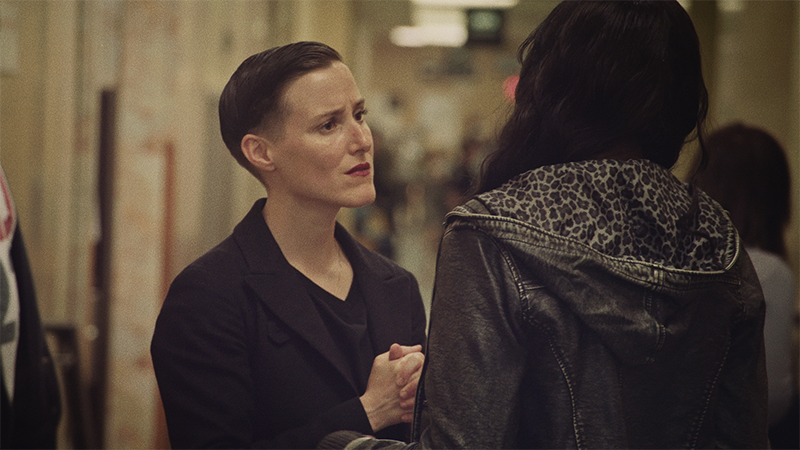 In 2004, the United States’ first problem-solving court around prostitution was created in Queens County, New York. The court, presided over by the Honorable Toko Serita, attempted to redress the way women and young girls arrested for prostitution are shuffled through the criminal justice system.

With unparalleled access to the workings of the court, Blowin’ Up – which airs Monday, October 21, at 10pm on CET and Thursday, October 24, at 10pm on ThinkTV16 on POV – captures what it feels like to go through these criminal proceedings as a female defendant.

The overwhelming majority of women arrested are undocumented Asian immigrants, black, Latina and transgender youth. As the film unfolds, we hear directly from these women in their own words, and begin to understand the complex scenarios that bring them into the courtroom.

Never do we hear the words “sex worker” or “prostitute” spoken in the courtroom. Instead, Judge Serita and the court try to create a safe space for these women within the confines of a legal system where sex work and prostitution are criminalized. The question asked over and over by defense teams and social workers is: Why are these women arrested in the first place?

As the film progresses and a new administration takes over in the White House, the courtroom’s fragile ecosystem is tested and the fates of those who pass through become less certain.

Through the producer’s patient filmmaking, these women slowly come into focus to reveal the interplay of the larger forces at work in their lives. Blowin’ Up exposes us to how individuals can work together to create more humane ways to navigate an inhumane criminal justice system and allows us to witness this unique environment as an unfiltered, immersive experience.