Cassie and Sunny are Back for Another Season of “Unforgotten” 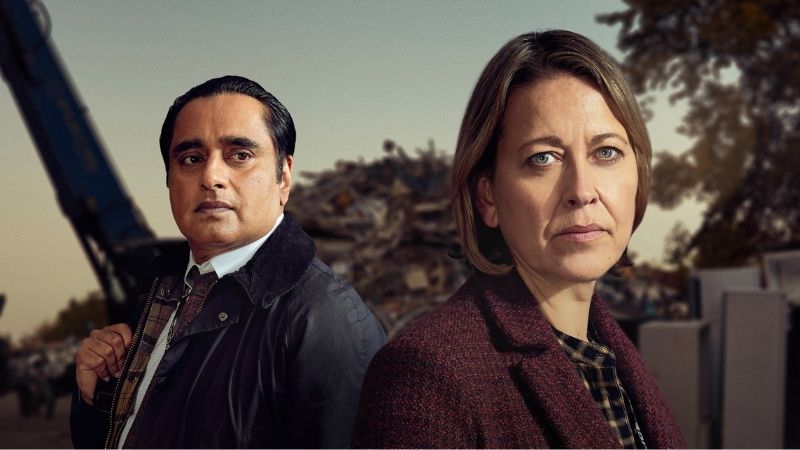 It’s back! The fourth season of Unforgotten on MASTERPIECE is coming back Sunday, July 11. While Season 3 was about the cold case murder of a teenage girl on New Year’s Eve at the turn of the millennium, Season 4 of the series will investigate a cold case with alarming links to the police force.

Season 4 will pick up not long after Season 3’s conclusion, with Cassie still seriously considering retirement from the force after dealing with the emotional aftermath of Season 3. Before she can take the plunge, a new cold case arrives… in the form of a headless and handless body stuffed in a freezer and left for decades. “I am so delighted to have been asked to make a fourth series of Unforgotten,” Writer/Executive Producer Chris Lang said in a press release. “The reaction to Series 3 was better than I could ever have expected (with more people watching the last episode than any other in all three series) and I cannot wait to discover what lies ahead for Cassie and Sunny, and to create a whole new cast of characters for them to grapple with.”

The show will once again feature four suspects –  Susan Lynch (Killing Eve), Andy Nyman (Peaky Blinders), Phaldut Sharma (Hanna) and Liz White (Call The Midwife). In a twist, some of them turn out to be fellow law enforcement officers, which makes this case even more interesting and complicated for DCI Cassie Stuart and DI Sunny Khan.

“[Season 4] will be about our relationship with the police,” Lang said. “I think I if I had to describe it, I’d say it’s both a love letter and a j’accuses, which again reflects that slightly conflicted relationship that I think a lot of us have with the police. I hope it’s primarily a love letter. So that’s what it’s about. And again of course tracks the lives of four people, two men, two women. And follows Sunny and Cassie on their journey as well.”

Season 4 of Unforgotten will premiere Sunday, July 11 at 9pm on CET, ThinkTV16, the station’s livestreams, on the PBS Video App and online. Catch up on previous seasons of Unforgotten prior to the series premiere anytime anywhere with CET Passport: https://watch.cetconnect.org/show/unforgotten/.