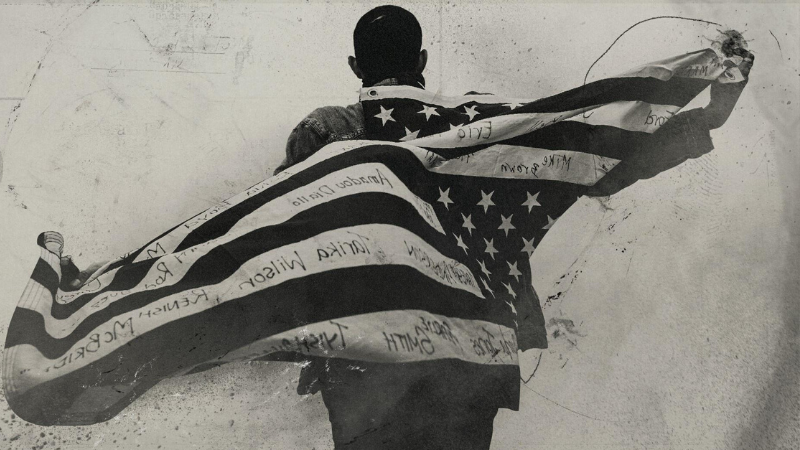 Last week, PBS announced that it would broadcast a series of films and new specials focused on race in America following the death of George Floyd on May 25, 2020, and the ensuing protests that erupted across the country.

“As a media system that serves every person in America, we stand with the Black community, and we stand against racism and hate,” said Paula Kerger, President & CEO of PBS. “In the coming days and weeks, we will use our national reach and community presence to deepen understanding, foster conversation and enable meaningful change. And we will continue to stand behind our courageous journalists, whose unwavering commitment to speak truth to power is essential to the strength of our democracy.”

While most of the shows aired over the last two weeks, there are some additional broadcasts coming up and many of the programs can be watched online and on the PBS Video App.

America in Black and Blue 2020

Airing on CET and ThinkTV16 on Monday, June 15, at 9pm, America in Black and Blue 2020 will report from across the country, and include interviews with key leaders and participants in the struggle for racial justice, accountability and equity, as well as voices from law enforcement. As the latest crisis of police violence on black citizens — and outraged protests and ensuing violence — engulf the nation, this PBS special will bring context and insight. It will update reporting from the original America in Black and Blue, which first aired in 2016, as well as The Talk: Race in America.

The Talk: Race in America

The documentary, which first aired in 2017, tells six stories of struggle between people of color and law enforcement in America. It chronicles how families of color attempt to protect their children with “The Talk” about what to do and how to react if they are stopped by police.

Race Matters: America in Crisis will focus on the frustration pouring out onto American streets, outrage about police brutality, and America’s deep systemic racial disparities in the economy, education, criminal justice system and health care, especially during the COVID-19 pandemic. The program will also include grassroots voices from around the country and roundtable conversations with thought leaders and other newsmakers.

Writer and historian Jelani Cobb examines allegations of abuses within the Newark Police Department and the challenge of fixing its broken relationship with the community in this episode of Frontline.

The African Americans: Many Rivers to Cross

This series chronicles African American history, from the origins of slavery on the African continent  through more than four centuries of remarkable events. Watch the film series here: https://video.thinktv.org/show/african-americans-many-rivers-cross/episodes/.

Reconstruction: America After the Civil War

This four-part series explores the transformative years when the nation struggled to rebuild itself in the face of profound loss and African Americans forged a new, more equal place in American social and political life, only to face the backlash of segregation and institutionalized disempowerment whose legacy persists today. Watch the film series here: https://video.thinktv.org/show/reconstruction-america-after-civil-war/episodes/.

Black America Since MLK: And Still I Rise

This film is a detailed exploration of how the civil rights movement impacted the country, including successes and failures related to political and economic equality. Watch the film series here: https://video.thinktv.org/show/black-america-mlk-and-still-i-rise/episodes/.

Independent Lens: The Black Panthers: Vanguard of the Revolution

This film from Independent Lens offers a riveting look at an earlier era of conflict and explores how the Black Panthers provided community services while advocating for more radical national change. Expires July 2, 2020.

All films will also be available for streaming on station-branded PBS platforms, including PBS.org and the PBS Video App, available on iOS, Android, Roku, Apple TV, Amazon Fire TV and Chromecast.