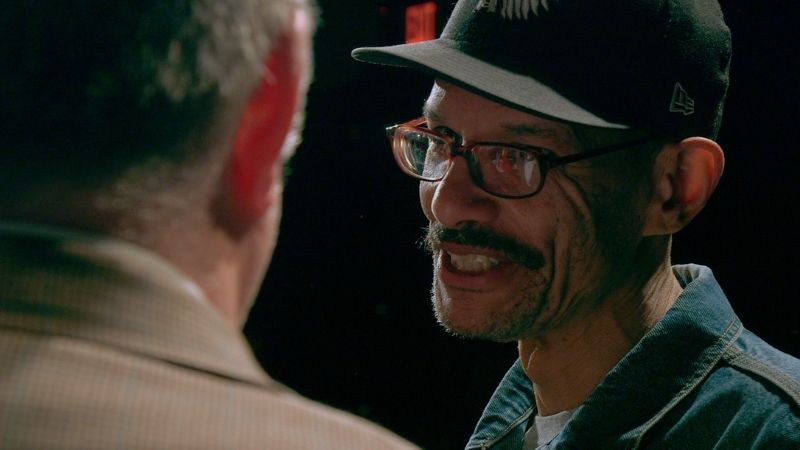 Escape the chilly, wet dreariness of a Southwest Ohio January with a month of great shows from your local PBS station! Our Chief Programming Officer Jim Wiener’s January 2022 sleeper picks have the inside scoop on the shows you might not have heard about yet. Take a look and mark your calendars:

What She Said: The Art Pauline Kael
Friday, January 7, at 9pm on ThinkTV16

I always combed through copies of my parents New Yorker magazines for the cartoons, and then the movie reviews from Pauline Kael. Roger Ebert called her the most influential film critic of the late 20th century. She infuriated many (my Aunt Mary would ask in exasperation “Is there any movie she actually likes?!”), but Kael was a refreshing break from so many critics who acted more as shills for the movie industry (the on-going joke was something like “if there is only action movie with a blind kung fu master you should see this year, this is it!”) A ton of great film clips, many from the ‘70’s, a decade when the studio system faded and directors were able to get pretty adventurous.

Birthplace of the Giants
Sunday, January 9, at 6pm on CET

Off to Western Australia and the breeding grounds of the Humpback whale. Two researchers capture never-before-seen behavior from these behemoths, and given this is their breeding grounds, maybe there was a good reason behind it being never-before-seen. Sundays 6-8pm have been popular family viewing with these nature documentaries. No “flags” on this, (warnings of problematic material like nudity or violence), and I’m guessing these whales weren’t wearing trousers at the intimate moments. Just proceed gingerly.

Inside the Savoy
Thursday, January 13 at 9pm on CET

This is as close as we come to The Lifestyles of the Rich and Famous. No Robin Leach commentary dripping in his uniquely lurid accent. This is less about the well-heeled customers and more about the institution. The Savoy is really Britain’s first luxury hotel, opening in 1889.  Among its clientele are Enrico Caruso, Noel Coward, Judy Garland, Bob Dylan and the Beatles.

When My Time Comes
Saturday, January 15, at 10pm on ThinkTV14

Documentary by one-time NPR talk show host, Diane Rehm (Kaleidoscope, Diane Rehm Show). She was married to her second husband for 50 years, and they collaborated on a book Toward Commitment:  A Dialogue about Marriage. But John Rehm had Parkinson’s Disease and was unable to get assisted suicide drugs from a physician. After his death, Ms. Rehm became a right to die advocate, and this documentary accompanies her book of the same title. It’s a tough subject, and hopefully this can inspire thoughtful conversations.

A documentary where the filmmaker discovered his thesis was all wrong and had to change horses in midstream. Filmmaker James Rutenback came to Dorchester to profile a Humanities course for the homeless and those out of prison. Its purpose was to foster critical thinking and allow students to become fuller citizens.

But Rutenback saw his premise as flawed, and two interview subjects, Carl and Kafi, helped him to see the light about violence and racist structures that kept them as prisoners in their home town of Dorcester. Rutenback enlisted them as collaborators to tell a new story.

Our train fans love international travel aboard a posh train line where travelers can enjoy the scenery from a posh dining car with poached salmon and Prosecco on the menu. Welcome to Australia where lunch might be a Vegemite sandwich and a Fosters. But the scenery is often spectacular when it’s not mind numbingly similar over a few hundred kilometers.  It is a truly different place, and passengers are a bit more outgoing and rough around the edges as opposed to those in the UK and Western Europe.

You may remember Ms. Berry as one of the original judges of The Great British Baking Show.

As someone once said “You’re not making good life choices if you need a grocery cart in a 7-Eleven.” At the other end, we have Whole Foods and Dorothy Lane Markets where one can use the 6 Items Or Less line … and still drop over $100. Fortnum & Mason is Piccadilly’s department store with a large section for “provisions.” It opened in 1707, and when the Royal Family needs to serve Almas caviar for a reception for 300, Fortnum might be their go-to place.

The actress is best known today as a punchline in Mel Brooks’ Blazing Saddles. Harvey Korman’s scheming villain corrects people on his name. “It’s HEDLEY Lamarr!!” But Hedy Lamarr was an actress renowned for her beauty.  Who better to seduce Victor Mature to the dark side in Samson and Delilah?

Still, Lamarr’s beauty was only exceeded by her brains. She was an inventor, largely self-taught. According to Wikipedia, she wanted to join the National Inventors Council, and was reportedly told by Dayton’s own Charles Kettering that she’d help a lot more by using her movie star fame to sell war bonds! She did this for a time, then joined the war effort. She worked on a frequency hopping signal that would prevent an enemy from jamming signals. It received a patent in 1942, but it took the Navy another 20 years to figure out how to employ it on their ships.

As far as I know, Ms. Lamarr was not an exceptional baker. It would be beyond aggravating if someone could be an accomplished actress, AND a top secret inventor, AND win a blue ribbon at the county fair for her to-die-for raspberry pie. Life can only be unfair to a point.

To put it simply, Roberto Clemente was to right field as Willie Mays was to center field. Both were the premiere defensive player at their positions, and with rocket arms to cut down runners trying to advance to third on a single. Both hit for average (Clemente a bit higher) and power (Mays a bit higher) and both were fearless baserunners. Their difference was that Mays was the Magic Johnson of his day: infectious enthusiasm. Who didn’t love the Say Hey Kid?  But Clemente was quiet and withdrawn. Every interview looked as if this was his least favorite part of the job—by a wide margin.

It probably didn’t help that local Pittsburgh media felt the need to Americanize his name (“Bob”—are you kidding me?), and Clemente often moaned of physical ailments, complaining of a stiff neck that might keep him out of the lineup… only to go 3-5 at the plate with two doubles and three RBI’s. But while Clemente did not sell himself on camera, Pittsburgh fans learned that he used much of his salary to help charities back home in the off season… not just his native Puerto Rico, but charities all over Latin America and the Caribbean.

He died on New Years Eve in 1972 in a plane crash, helping to deliver aid to earthquake victims in Nicaragua. Major League Baseball renamed the Commissioner’s Award after him. The Roberto Clemente Award is given each year to a player “who best exemplifies the game of baseball, sportsmanship , community involvement.” Here’s a documentary that captures his prowess on the field, and his humanitarian work off it.

WCET’s local production that aired around the 50th anniversary of the worst flood in the city’s history. Flood waters rose to record heights and took out many utilities like electric generators and telephone switches. Storage tanks filled with gas were upended, and then fire erupted, destroying dozens of buildings above the waterline.

Consider this:  during the flood, home plate at Crosley Field was under 20 feet of water. Wide shots of the city skyline show buildings and bridges still standing today, and they provide reference to areas of the city that looked like the new Venice. Only eight Cincinnatians died, but thousands were left homeless, and over a million were homeless from all the flooding up and down the Ohio River.

In the documentary’s production credits was a young engineer named Neal Schmidt. Neal is now CET’s Chief Engineer, and is set to retire in a month or two.

Eva Mozes Kor was a Romanian Holocaust survivor who achieved international fame as a speaker and advocate for forgiveness.  She and her twin sister, Miriam, spent nine months as  subjects of SS Doctor Joseph Mengele’s experiments at Auschwitz before they were liberated by the Red Army in January 1945.

In the 1990’s, Kor drew controversy for her public forgiveness of Mengele and Adolf Hitler, and this documentary details the origins of her belief.  She returned to Auschwitz many summers to lecture and be a tour guide.

I met Ms. Kor in November 2018 when this documentary was being presented to public television stations.  I told her that just two weeks prior, I was visiting friends in Pittsburgh when my wife texted me:  “Stay out of Squirrel Hill.  Active shooter.”  This was the terrorist attack by a white supremacist at the Tree of Life synagogue that claimed 11 lives.  The synagogue was on Wilkins Avenue, the street I took home every day from work for five years.  God knows how many times she heard such stories in her life.

Ms. Kor died the following summer while on a speaking engagement in Krakow, Poland.  Her Candles Holocaust Museum and Education Center is still open to the public in her adopted home town of Terre Haute, Indiana.

Goodbye, The Levee Has Broken
Sunday, January 30, at 6pm on CET

Goodbye, The Levee Has Broken is a chronicle of the 1913 Great Dayton Flood.  If we see any flooding these days, it’s usually every spring where Factory Road in Beavercreek is closed 2-3 times after a “frog strangler.”  But back around the turn of the century, widespread flooding was not uncommon along the Miami River.  And in 1913, a perfect storm of record rainfall turned Dayton into a disaster area with rescue squads in rowboats down Main or Third Street to rescue those still trapped on upper floors.