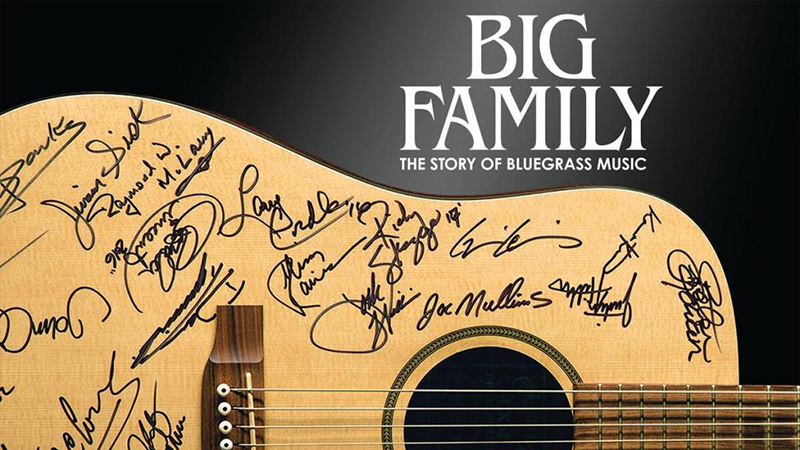 Examine the history of bluegrass music, from its origins to its eventual worldwide popularity, with the new documentary Big Family: The Story of Bluegrass Music. The film airs Friday, August 30, at 9pm on CET and at 10pm on ThinkTV16 as well as Tuesday, September 3, at 8pm on CET Arts.

The film traces the genre’s history — outlining how Scots-Irish and African-American influences led Bill Monroe to develop the distinct musical genre to its foothold in popular culture through television and movies. Using archival and contemporary photos, footage and recordings, the film also chronicles how bluegrass music evolved as American culture and politics played out — revealing that the story of bluegrass music is the story of America.

Big Family begins by exploring the life of Bill Monroe, who moved, along with his brothers, from the tiny town of Rosine, Ky., to Chicago, to find work, just as many others did during the 1930s. Monroe got his start on WLS, at the time the largest radio station in Chicago. When Monroe moved from Chicago to Nashville, he became a hit on the Grand Ole Opry stage and solidified his place in music history as the “Father of Bluegrass.” The film goes on to explore how the Great Depression, World War II, the Civil Rights movement and more impacted the genre, including the creation of offshoots of bluegrass, such as newgrass in the 1970s.

Viewers will travel from Monroe’s hometown of Rosine – with a population of around 100 – to downtown Tokyo, where members of Bluegrass 45, a popular contemporary Japanese bluegrass band, demonstrate how the music transcends not only generations but cultural and geographic boundaries, as well. More than 50 musicians appear in the film, including Alison Brown, Dale Ann Bradley, Sam Bush, JD Crowe, Bela Fleck, Laurie Lewis, Del McCoury, Bobby Osborne, Ricky Skaggs, Chris Thile, and many more.