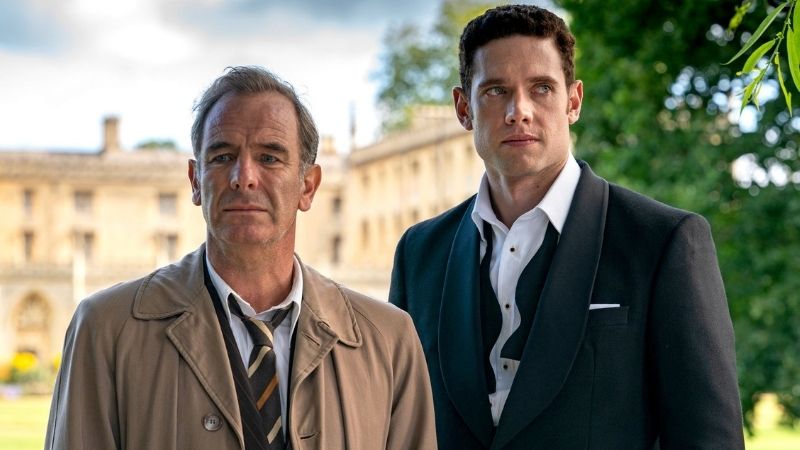 Chief Programming Officer Jim Wiener’s infamous Q&As, which used to be featured in our Membership Magazine, are now on our blog! Read the next round of the Q&As below:

I was inquiring as to whether the program Roadfood was scheduled and, if so, when?

When can I watch the new Roadfood on PBS?  I can’t wait to see it!

This series with host Misha Collins will explore American culture, diversity and regional communities through the iconic dishes that define America. This 13-part series is right around the corner…

I know this is a long shot, but I was wondering if ThinkTV would still have copies of the show Ghostwriter. Was looking for specifically the set of episodes “Four Days of the Cockatoo” or “Attack of the Slime Monster.” If ThinkTV does, is there a way I can get a copy?

Ghostwriter goes back to the 1990s and we have no copies of it. Our standard practice is that we can keep show copies as long as the series is still in broadcast rights, but once those rights expire, we have to purge it. No hoarding allowed and Ghostwriter’s rights expired in November of 1997.

I was referred to your station by PBS regarding The Lafayette Escadrille. My husband is an avid historian and he would very much like to have/purchase a copy of this program. Any help you can provide would be appreciated. PBS told him there was no DVD for sale at this time. I’d like to give it to him for Christmas since he thinks it’s not available. I’d be happy to make a donation to the station in return for a copy, or, if it will become available on the market please let me know when.

I was unable to see Lafayette Escadrille when it aired and was hoping that I could stream it with Passport. However, I can’t find it listed. Any options?

This is a documentary about American pilots who flew for France before America entered World War I.

ThinkTV was the presenting station for it nationally and it’s from American Public Television, a distributor of many programs to public television stations.

Viewers can usually find archives of PBS programs and hundreds of hours of “how-to’s” from APT on Passport, but Lafayette Escadrille isn’t available on Passport, nor on DVD. Viewers nationwide should contact their local station for repeat air times.

Home videos are becoming a scarce commodity. A lot of money has to go into the creation of a home video and lack of sales often don’t make them financially worthwhile.

I am greatly concerned regarding what is happening on TV programs, both the commercial and non-commercial networks. It seems that every program now has to have a gay or lesbian or transexual person(s) and/or a marriage between people of the same sex.

This is very disturbing and certainly does not reflect the desires of the audiences. The LGBTQ community represents a very small minority of the country but are given a nearly 100% of the voice.

One example of your station is Grantchester. At first, I thoroughly enjoyed this program, but now it is one I refuse to watch.  How bad can it get? There is a priest who is so sexually active that he has to have sex with all the girls even though he is not married, and another priest who is gay. Why do we have to see that junk? Actually, as said before, I turned it off.

That should cause every Christian that watches ThinkTV to turn it off.

Is there some code that has been put into the regulations for new programs that they have to have a representative of these people or they won’t be supported?

There is no such regulation requiring an LGBTQ quota in newer programs. Perhaps producers see it as a way of appearing current, or making up for decades where such people’s existence was never acknowledged.

Sorry that Grantchester no longer holds appeal for you, though it does sound like you liberally surveyed the junk before remembering to turn it off.