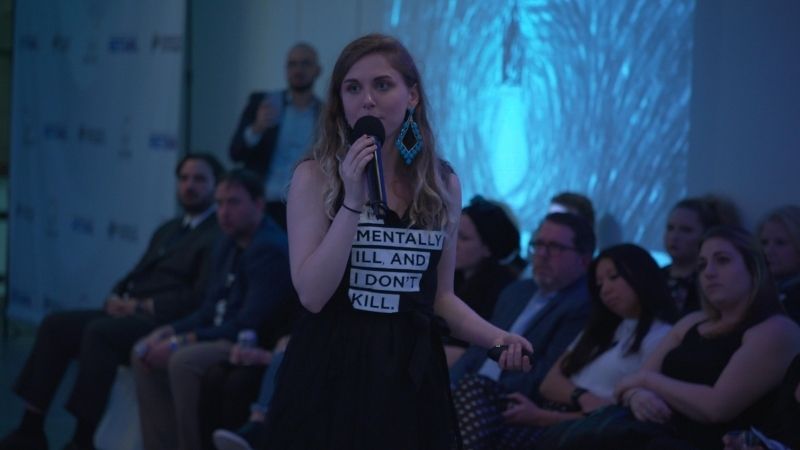 According to The National Alliance on Mental Illness, one in five adults in the United States will experience a mental illness at some point in their lifetime. Yet a diagnosis of a mental disorder still carries a stigma that a heart condition or another physical ailment does not, partially because mental illnesses are still poorly understood. Mysteries of Mental Illness, a new four-part documentary coming to CET and ThinkTV, traces how our understanding of mental illness has evolved from an ancient conception of spiritual affliction to the latest 21st century neurobiological breakthroughs.

At a time when mental health is on the front of everyone’s minds due to the COVID-19 pandemic, Mysteries of Mental Illness also provides an invaluable framework to create deeper national understanding and dialogue. Airing over two consecutive evenings, the series will explore the stories of those living with mental illnesses today in a broader historical, scientific, and social context.

Watch the series trailer and learn more about each episode below.

Evil Or Illness?
Tuesday, June 22, at 9pm on CET, ThinkTV16 & the PBS Video App Livestream
Examine ancient conceptions of mental illness and the establishment of psychiatry. Hear the stories of modern-day people living with mental illness, including an aspiring astrophysicist with schizophrenia and an Olympics-bound boxer with OCD.

Who’s Normal?
Tuesday, June 22, at 10pm on CET, ThinkTV16 & the PBS Video App Livestream
Trace the fight to develop mental illness standards rooted in empirical science rather than dogma. Learn how science and societal factors are deeply entwined with our ever-shifting definitions and diagnoses of mental health and illness.

The Rise and Fall of the AsylumWednesday, June 23, at 9pm on CET, ThinkTV16 & the PBS Video App Livestream
Follow the rise and fall of mental asylums in the United States. Visit the nation’s largest de-facto mental health facility, meet the detainees whose lives hang in the balance, and discover the harsh realities of care both inside and outside.

The New Frontiers
Wednesday, June 23, at 10pm on CET, ThinkTV16 & the PBS Video App Livestream
Look at today’s most cutting-edge treatments, based on the latest understanding of mental illness, with profiles of patients undergoing deep brain stimulation surgery, infusions of ketamine and modern electro-convulsive therapy.