FRONTLINE to Take an In-Depth Look at Trump and Biden on “The Choice: 2020” 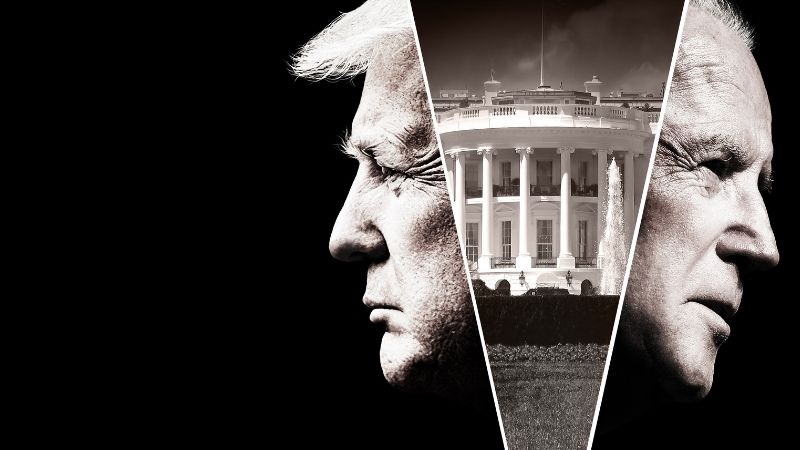 In the midst of a historic pandemic, economic hardship and a reckoning with racism, this November Americans will decide who will lead the nation for the next four years: President Donald Trump or former Vice President Joe Biden. And before the votes are cast, as it has for every election since 1988, FRONTLINE will present The Choice — its critically-acclaimed election year special offering interwoven investigative biographies of both major-party candidates.

The Choice 2020: Trump vs. Biden, a two-hour documentary telling the story of a deeply divided nation though the lives of the two men who want to lead it, will premiere Tuesday, September 22, on CET and ThinkTV16 at 10pm.

This FRONTLINE documentary is a unique primer for voters on the eve of the election and a guide to what Americans can expect from the president who will be sworn in on January 20, 2021, to lead a country in crisis. Through revealing interviews with those who know Trump and Biden best, The Choice 2020 will offer a deeply-reported narrative arc of both candidates’ lives.

The film was made by veteran chronicler of U.S. politics Michael Kirk, who with his team has made four prior installments of The Choice and nearly 20 documentaries about the Trump and Obama eras. With trustworthy journalism and powerful new insights at a moment when anxious voters are being saturated with misinformation and partisanship, this clear-eyed documentary will examine each man’s approach to power, the defining moments that shaped their lives, and their visions for America’s future at this pivotal juncture.

Watch the extended trailer for The Choice 2020: Trump vs. Biden here: