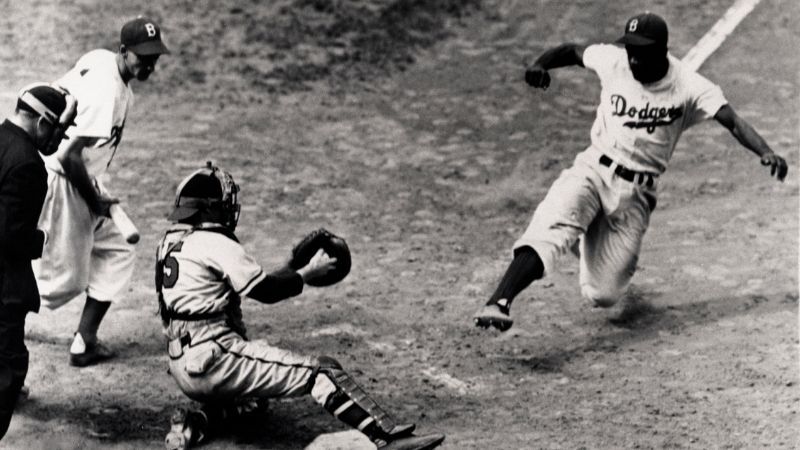 Ken Burns’ Emmy-winning documentary traces the history of America’s great game, beginning with its origins in the 1840s and concluding with a summary of the years covering about 1970 to 1993. It totals nine episodes, or innings, and more than 18 hours, brought to life by contemporaneous photos, paintings, lithographs and newsreels, and the voices of actors and writers reciting over pictures and video the first-person accounts of many of baseball’s legendary characters.

Our Game
Thursday, March 18, at 9pm on CET
Looks at the origins of baseball in the 1840s and takes the story up to 1900. Burns refutes the myth that Abner Doubleday invented baseball in Cooperstown and traces its roots instead to the earliest days of the nation.

Something Like A War
Thursday, March 25, at 9pm on CET
Takes viewers through 1910 and introduces some of the game’s most celebrated and colorful characters, including Ty Cobb, Honus Wagner, Christy Mathewson and Walter Johnson.

The Faith of Fifty Million People
Thursday, April 1, at 9pm on CET
Examines the century’s second decade, which was dominated by the Black Sox scandal. George Herman “Babe” Ruth makes his first major league appearance and a wave of immigration helps fill the stands with new fans, eager to “become American” by learning America’s game.

A National Heirloom
Thursday, April 8, at 9pm on CET
Concentrates on Babe Ruth, whose phenomenal performance thrilled the nation throughout the 1920s and rescued the game from the scandal of the previous decade.

Shadow Ball
Thursday, April 15, at 9pm on CET
Tells the story of the Negro Leagues in the 1930s. The title refers to a common pre-game feature in which the players staged a mock game with an imaginary ball. Though unintended, the pantomime was an apt metaphor for the exclusion of blacks from major league play at that time.

The Capital of Baseball
Thursday, May 6, at 9pm on CET
Takes viewers through the 1950s when New York City had three successful baseball teams and dominated the World Series.

A Whole New Ball Game
Thursday, May 13, at 9pm on CET
This episode traces the emergence of television, the expansion to new cities and the building of anonymous multipurpose stadiums that robbed the game of its intimacy and some of its urban following.

Home
Thursday, May 20, at 9pm on CET
Looks at baseball from the 1970s to the present, including the establishment of the free agent system, the rise in player salaries, the continued expansion, the dilution of talent, the ongoing battles between labor and management and the scandals.