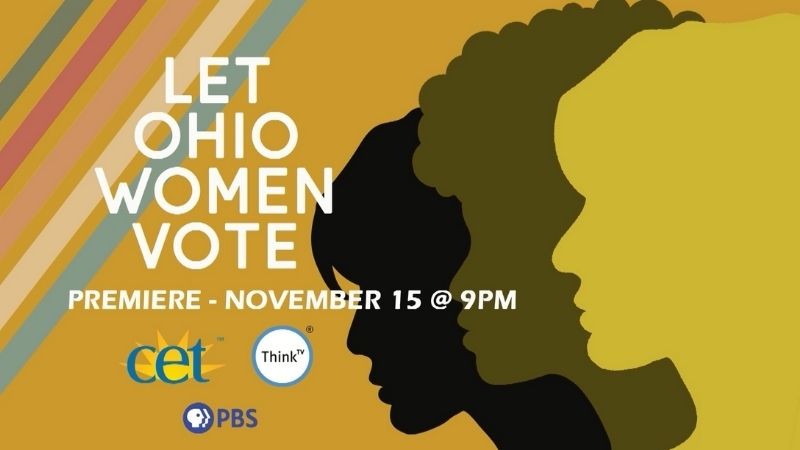 Our new local documentary, Let Ohio Women Vote, which illuminates the long fight for women’s suffrage in our state, is coming soon! The film will uncover some surprising history about the women’s rights movement and connections to national events while doing some “myth busting” along the way.

“Ohio women really led the way. Some Ohio women are fairly well-known for their activism — like Mary Church Terrell, who was a founding member of the NAACP, and Victoria Woodhull, who ran for President in 1872,” lead producer Ann Rotolante said. “But there’s a lot of surprising history in our state with quite a few connections to the national suffrage movement that are not as well known. I’m looking forward to sharing these stories with our audience.”

For example, it’s commonly believed that the American women’s rights movement began with the famous convention in Seneca Falls, New York in 1848, but in 1828, free thinking social reformer Frances “Fanny” Wright kicked off a lecture tour in Cincinnati about women’s rights, abolition of slavery and equal education for children. Then, in 1835, Ohio women began organizing all-female anti-slavery societies, some of which soon called for universal suffrage for all. Also in 1835, Oberlin College became one of the first colleges in the United States to admit African American men and, in 1837, opened its door to women as well, becoming the first co-educational college in the country.  These are just three reasons why Ohio, and Ohio women in particular, led the way in the fight for women’s suffrage in the decades before Seneca Falls.

In addition to looking at women’s activism, the documentary explores a much longer timeline for all women to achieve ballot access in the years after 1920 and the role that Ohio played in making that happen. Throughout the film, we will meet some incredible trailblazing women with roots in Ohio or who called Ohio home.

Let Ohio Women Vote airs on Monday, November 17, at 9pm on ThinkTV16, CET, the stations’ livestreams and the PBS Video App. Learn more about the upcoming film and check out the extra digital features online at www.thinktv.org/letohiowomenvote.