Home » Blog » Masterpiece Explore the World of News with “Press” 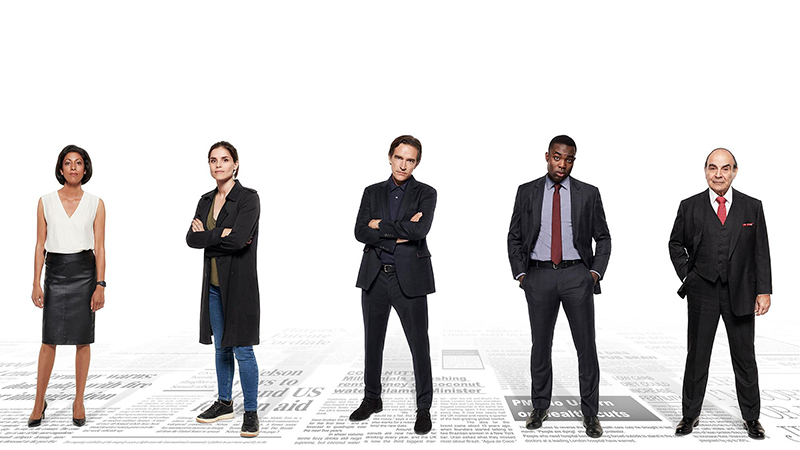 An ensemble cast of some of Britain’s hottest talent will portray the committed and passionate characters behind the daily news at two fictional, rival newspapers in Mike Bartlett’s drama series, Press, which premieres on Masterpiece on CET and ThinkTV16 Sunday, October 6, at 10pm.

Set in the world of newspapers in London – its past riven by hacking scandals, its present at the mercy of the digital age and the 24-hour news cycle, its future uncertain – this razor sharp and observant drama will explore the current, turbulent media landscape and the ethical dilemmas that journalists and editors face each day.

In a press release, Rebecca Eaton, Executive Producer for MASTERPIECE, said: “News, fake news, business and politics have long been bedfellows – now more than ever. Mike Bartlett understands how to make all this real and immediate.”

Piers Wenger, Controller, BBC Drama added: “The newspaper business is part of Britain’s identity and Mike’s gripping stories of crusading journalists in this ever-changing industry, brought to life by this brilliantly talented cast make for a fresh, thrilling and utterly British contemporary drama.”

Learn more about Press and join us for the premiere on October 6th: https://www.pbs.org/wgbh/masterpiece/shows/press/.