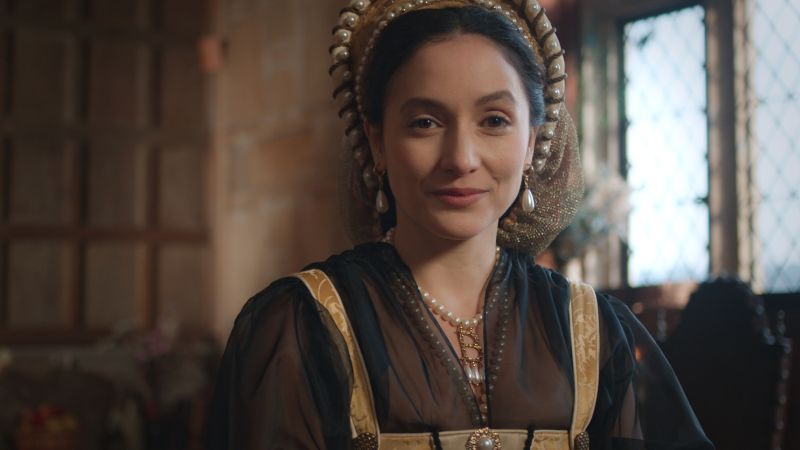 Many people know the stories of royals like Queen Elizabeth and Mary Queen of Scots through dramatized adaptions of their lives (like The Crown and Reign), but how well do you know the story of Anne Boleyn?

Interestingly enough, while we know Anne had dark hair and dark eyes, no contemporary portrait of her has survived and little is known about her personality.

Here’s what we do know… Anne was not short of admirers when she returned to England from France. She was courted by Henry Percy, later Earl of Northumberland, and poet Thomas Wyatt (these romances and interests stayed within the acceptable boundaries of courtly flirtations and romantic poetry). But in 1526, King Henry VIII’s interest in her definitely upped the stakes. At the time he indicated his interest, Henry had become increasingly more desperate for a legitimate son and heir to secure the future of the Tudor dynasty. It is also important to note that Anne’s sister, Mary, just so happened to be one of the king’s mistresses and the one who introduced the two.

A series of 17 letters between Henry and Anne survives in the Vatican Library, which detail Henry’s growing infatuation over the next couple of years. One of the letters read

“If you … give yourself up, heart, body and soul to me … I will take you for my only mistress, rejecting from thought and affection all others save yourself, to serve only you.” Boleyn is said to have replied with rejection, however, explaining that she was waiting for marriage: “Your wife I cannot be, both in respect of mine own unworthiness, and also because you have a queen already. Your mistress I will not be.”

Anne eventually got her way and became King Henry VIII’s second wife… only to eventually be tried for adultery and treason. But, to truly understand her rise and fall, you have to start with her tight-knit, cunning and power-hungry family. That’s where a new PBS series comes in.

Based 16th century sources, including rare original letters and documents, the new three-part series, The Boleyns: A Scandalous Family, uses insights from leading Tudor scholars and dramatic reenactments to bring Anne Boleyn’s story to life. Rising from obscurity to the height of power, the Boleyn family plated a dangerous game and ended up paying the ultimate price. But in doing so, they also changed the course of British history and left a remarkable legacy in the form of two magnificent monarchs: Queen Elizabeth I, daughter of Anne, and Queen Elizabeth II, a direct descendant of Mary Boleyn.

Check out this riveting story of love, sex, betrayal and obsession beginning Sunday, August 28, at 8pm on CET and ThinkTV16, the stations’ livestream or the PBS Video App.

Watch a trailer for the series below.