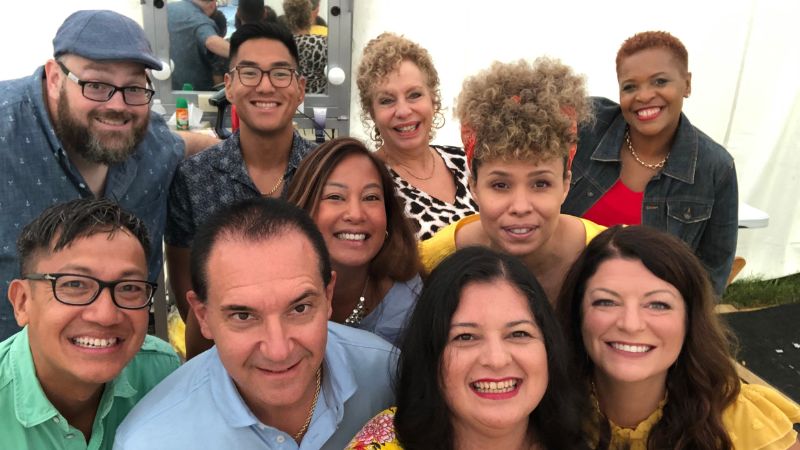 Ten home cooks representing a variety of regions in the United States. Eight episodes. Three expert judges. One “Great American Recipe.” On PBS’ new cooking series The Great American Recipe, cuisines from all corners of the globe find their way into contestants’ dishes. This series celebrates the different flavors and stories that American cuisine has to offer!

This scrumptious series will be hosted by Alejandra Ramos, TODAY Food and Lifestyle Contributor, and will be judged by culinary experts Leah Cohen, Tiffany Derry and Graham Elliot.

Before the show’s premiere, get to know the national contestants who will be competing: 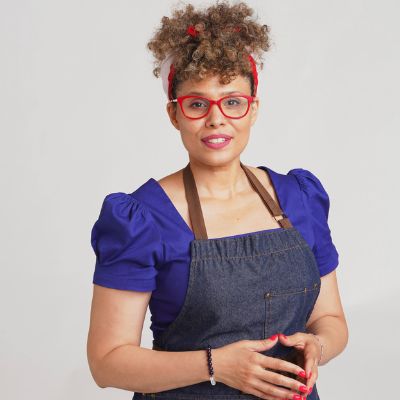 Irma grew up eating Dominican and Puerto Rican food and loves to prepare her mother’s recipes as a tribute to her family’s Caribbean heritage. Raised in a multicultural environment in Rochester, New York, she experienced a wide range of cuisines but wasn’t always a fan of cooking. Her mother encouraged her to join her in the kitchen, but it wasn’t until Irma had her own children that she learned to love it. 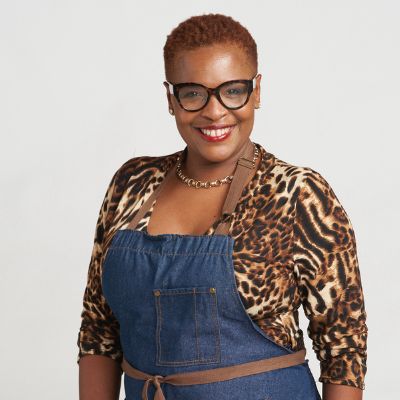 Bambi describes her cooking as Southern “Heart & Soul” food — everything has a hint of her South Carolina roots and lots of love. She grew up on her family’s farms in South Carolina, where meals were prepared using what they grew and raised, and she still incorporates fresh ingredients in her recipes. Bambi loves cooking for her family, children and their friends and believes that authentic connections are made and walls broken down when people sit down together at the dinner table. Her mother, Mary Emma, is her inspiration. Bambi’s goal is to keep the family recipes — which carry the voices of her ancestors — alive. 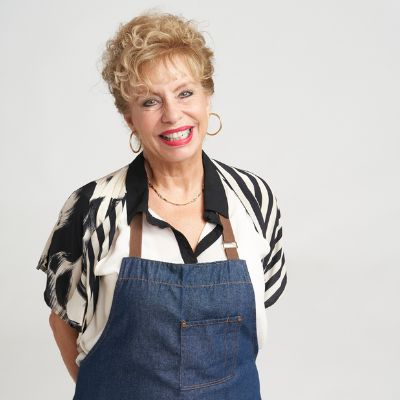 Robin developed a cooking style that combines Mediterranean and Middle Eastern influences from her mother’s Syrian heritage and the regional cuisine of her home state of Maryland. Living in the Chesapeake Bay area, she loves to cook with fresh seafood, especially blue crab and oysters. Growing up, many of her friends were Greek and Italian, and she learned to cook a wider range of Mediterranean food through them. As a single parent of four and grandmother, she loves whipping up recipes she collected throughout a lifetime of experiences and has made it her life’s purpose to pass on the traditions of her Mediterranean cuisine with her family through her cookbooks and blog.

Robin’s signature dish? A salmon in a fig leaf – fig trees represent prosperity, health and well-being, and she has had one at every home she has owned. 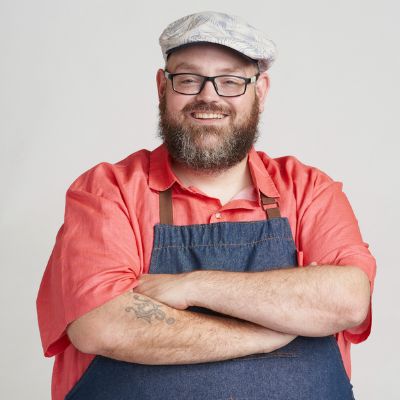 Brian prides himself on his rustic home cooking infused with his Hungarian and German heritage. Born and raised in Ohio, he now calls Kentucky home, where he cooks hearty, homestyle meals for his wife and family. Growing up in a family of farmers, Brian learned cooking from his mother and grandmother, making everything from scratch, including beef stroganoff, blintzes, oatmeal cookies and marinated cucumbers. Brian developed his cooking techniques as a teenager when he worked in a friend’s Italian restaurant and credits his father for his passion for barbecue, which led him to start his own award-winning company that makes sauces and rubs. 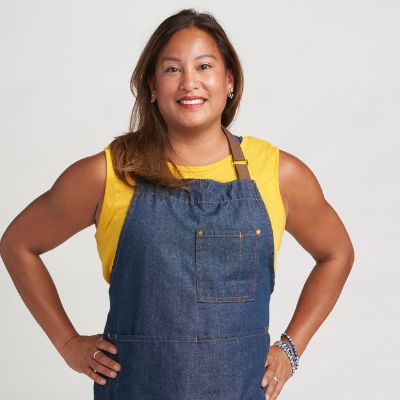 Christina calls her food “Fili-fusion,” a mash-up of Filipino flavors blended with her favorite cuisines. She was born in Michigan shortly after her parents emigrated to the United States from the Philippines in the late 1970s. From an early age, she helped her parents in the kitchen, making Filipino dishes and taking home-cooked meals to school for lunch. Now living in Portland, Christina finds that the area’s outdoor lifestyle encourages her to cook healthy, environmentally-sustainable meals using locally-sourced organic and gluten-free ingredients. With a lifelong interest in fitness, she loves to create healthier versions of her family’s favorite Filipino recipes.

Christina’s signature dish? Chicken Adobo, which she learned to make from her dad as a child. 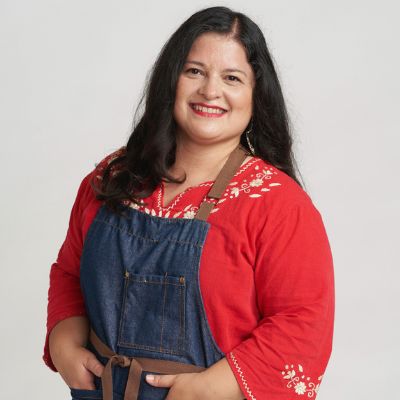 Silvia grew up in Guanajuato, a city in central Mexico, cooking authentic dishes she learned from her grandmother, aunts and mother. She met and married an American and they moved to California’s Central Coast. Silvia’s transition to life in the U.S. was challenging, but once she became a mother, she connected with other Latinx parents by sharing her favorite recipes and bicultural life through her popular bilingual website. Silvia has adapted some of her Mexican recipes to reflect a California lifestyle while also keeping many traditional Mexican dishes. 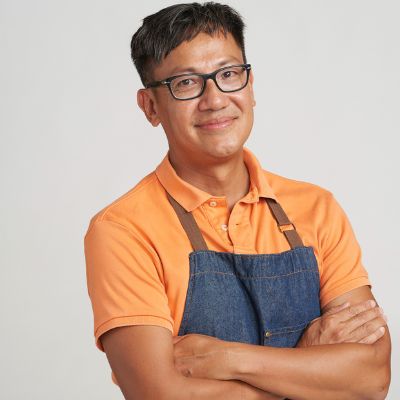 Foo loves to prepare his family’s favorite recipes and considers his Vietnamese heritage his greatest culinary influence. His family emigrated to the US and settled in Cincinnati, Ohio. Foo’s large family — he’s one of eight children — rarely ate out because of the expense so his mother always served home-cooked meals. As he began to cook, he would combine Asian flavors with Midwestern comfort food classics. When his mother was diagnosed with dementia, Foo was motivated to continue her Vietnamese cooking traditions for his Korean American wife and their two daughters. 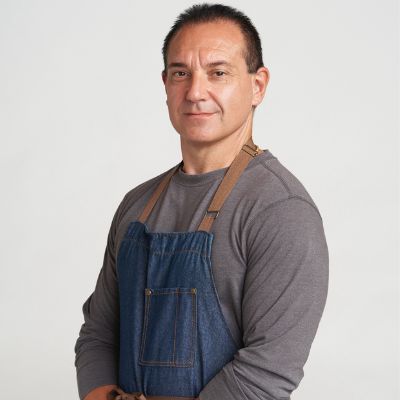 Dan was raised in a multi-generational Italian family and takes pride in sharing his family recipes. He learned to cook in his grandmother’s kitchen, where Sunday dinners were a staple of his childhood. He loves to make homemade pasta and is continuing the tradition with his wife, daughter and grandkids. The secret to his cooking is heirloom Calabrian chilis, originally brought over from Italy, and he tries to work them into as many dishes as possible. A firefighter for 33 years, Dan enjoys preparing hearty meals for his colleagues at the firehouse. 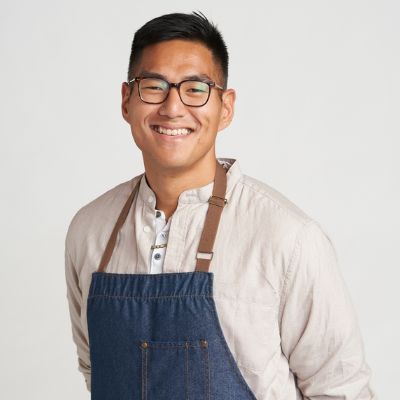 Tony was born in South Korea and raised in Minneapolis. Tony’s adoptive mother cooked dishes from an old Korean cookbook to help him stay connected to his birth culture. Although he cooked throughout his life and aspired to be a chef, culinary school was not an option for him. Tony now works as a Social Media Manager in Minneapolis and loves to blog about food and entertain friends and family with home-cooked meals or discover a new restaurant. The burgeoning food scene in Minneapolis, and his travels, have opened his eyes to the world of international cuisines. 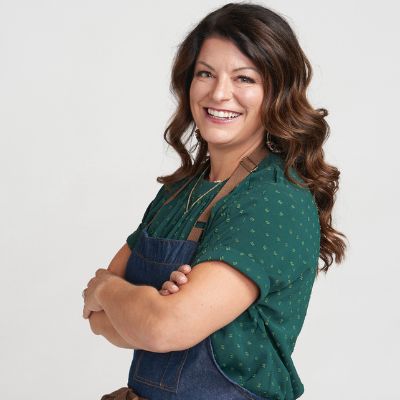 Nikki runs her own meal-prep delivery service for other busy parents. Her cooking combines her family’s Italian roots with her Pacific Northwest upbringing. Her most cherished recipes are those passed down from her relatives, including her grandfather, who taught her many of his favorite dishes. Nikki’s love of world travel has inspired her to infuse a variety of international influences in her cooking. To give back to the community, Nikki hosts an annual Thanksgiving dinner for families in need and works with a program that helps local youth receive culinary and life skills training and job placement in the food industry.

Nikki’s signature dish? Baccala, a salted cod stew recipe brought over by her family when they emigrated to the US.

Also, in celebration of The Great American Recipe, we have collected seven different recipes from people from within the local Cincinnati and Dayton communities to share. These recipes will be featured on our social media pages and website throughout the coming weeks, so stay tuned! 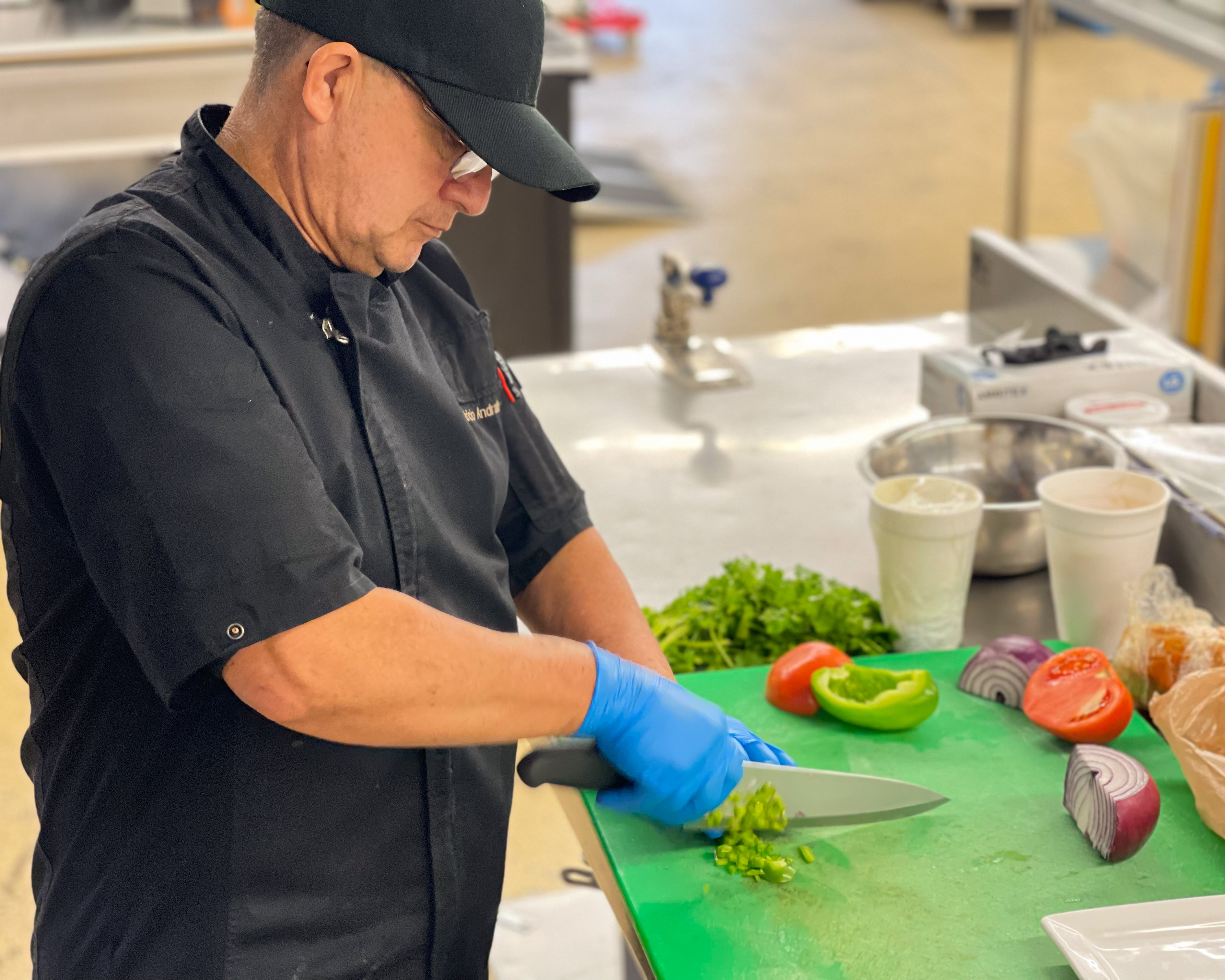 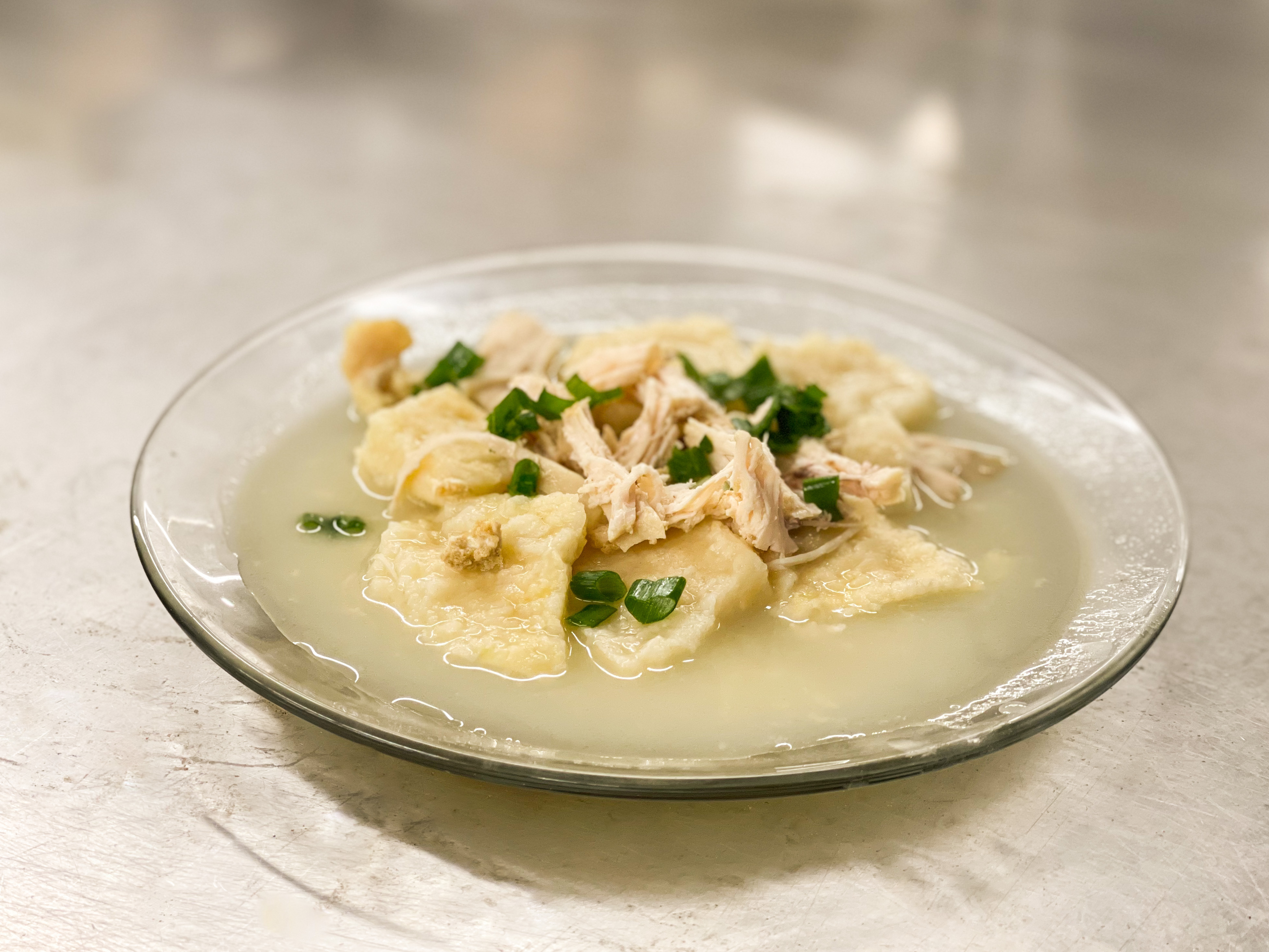 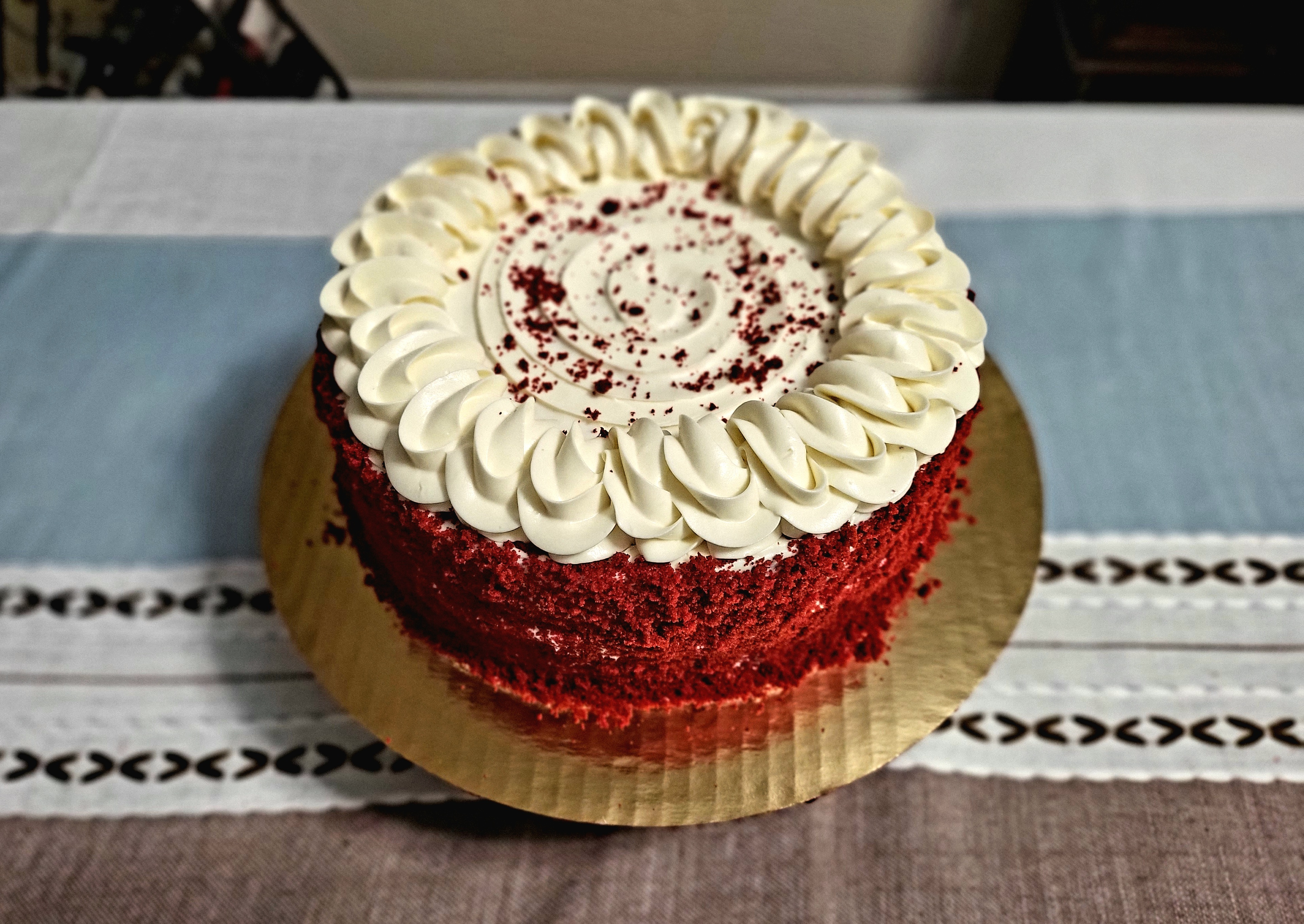 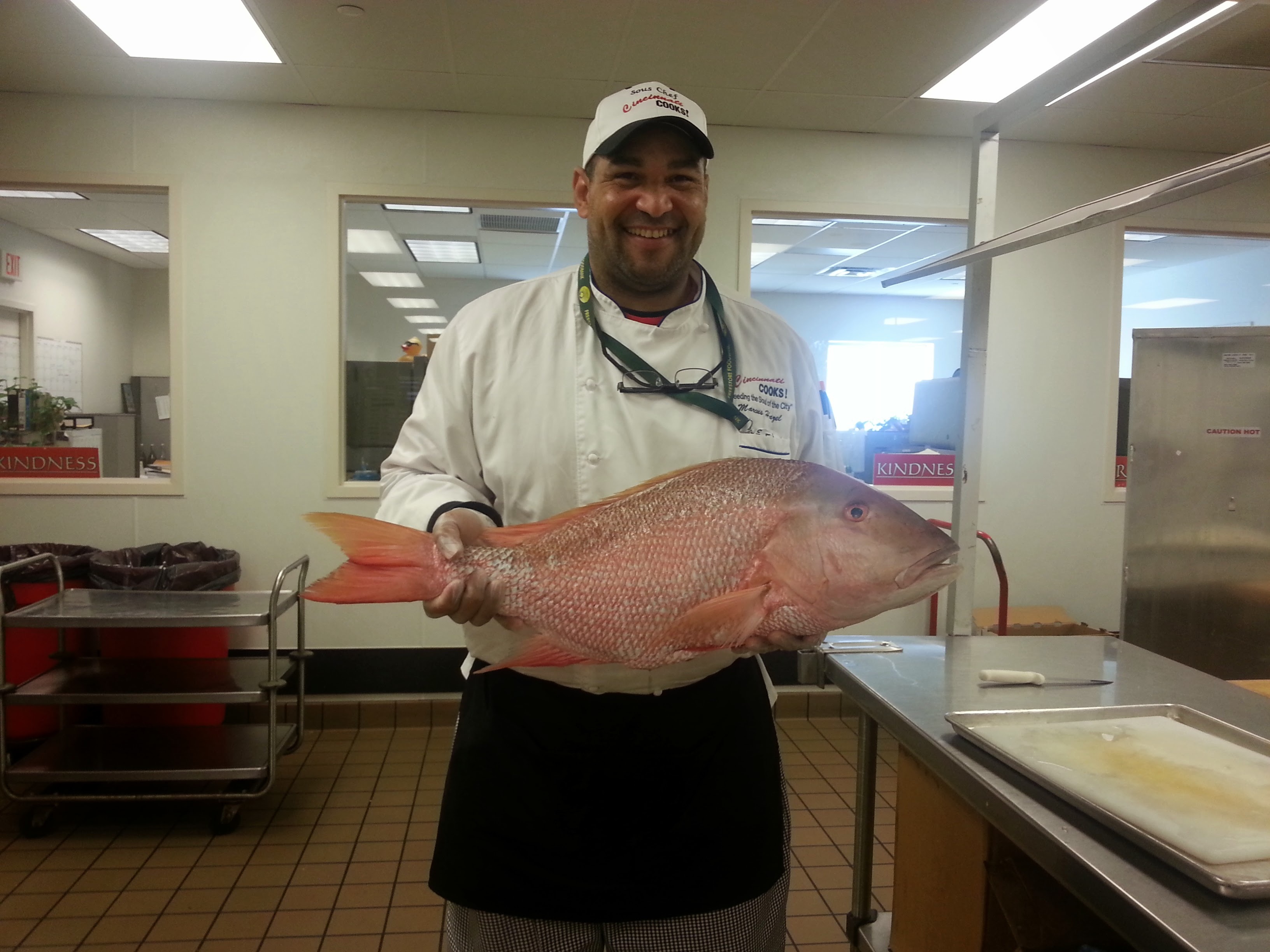