Meet the First-Ever Female Detective in “Miss Scarlet & The Duke” 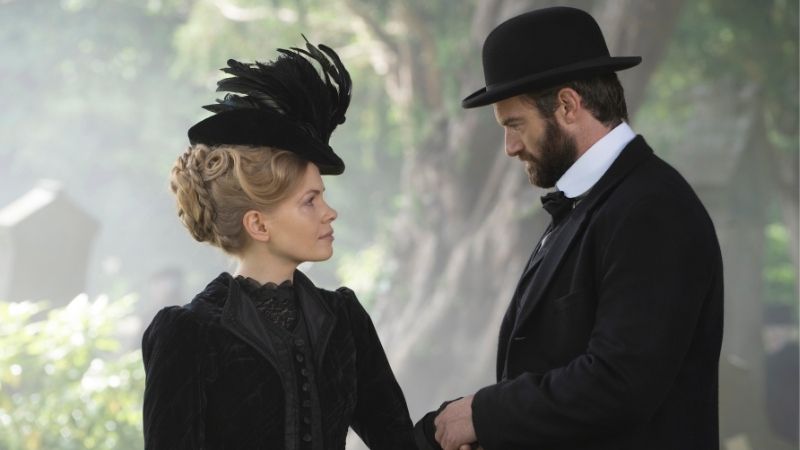 Go on the case with private eye Eliza Scarlet, Victorian England’s first-ever female sleuth, as she solves crimes – and sometimes flirts – with her partner and childhood friend, Detective Inspector William “The Duke” Wellington with the new series, Miss Scarlet & The Duke, premiering Sunday, January 17, at 8pm CET and ThinkTV16 and run on consecutive Sundays through February 21.

Miss Scarlet & The Duke is set in London at the start of the Sherlock Holmes era around 1880. Eliza’s father, Henry (Kevin Doyle, Downton Abbey), is a retired police officer turned private detective who spends his time running up bills and drinking between his infrequent but occasional earnings. Luckily Henry is a talented investigator who started teaching the trade to Eliza when she was just a girl. Now as an adult, she is determined to break the glass ceiling and enter in to this male-only profession.

Fortunately for her, her childhood friend happens to be a detective inspector at Scotland Yard: William “The Duke” Wellington. His infamous nickname comes from the most famous Englishman of the 19th century who beat Napoleon at the Battle of Waterloo. Like that Wellington, “The Duke” is cool in the face of danger. He’s also a ladies’ man…

Sometimes working together — but often at odds — Eliza and the Duke tackle a series of fascinating cases. On launching her business, Eliza’s initial challenge is not criminals or clients so much as getting society to take a female detective seriously, despite having mastered wounds, poisons, motives and red herrings.