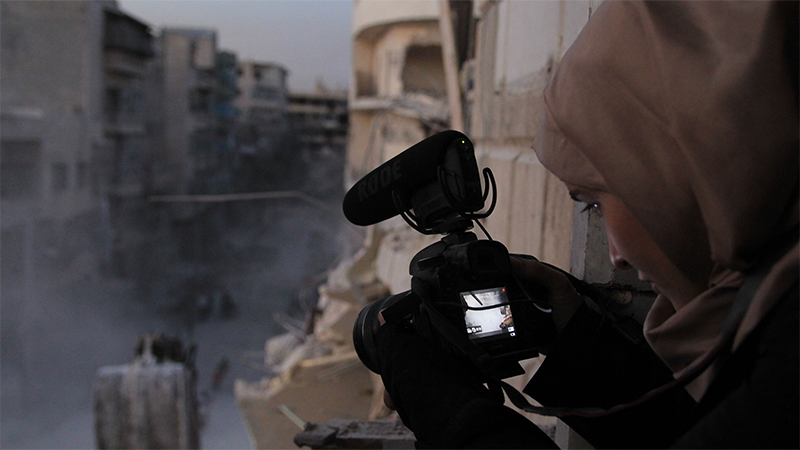 In honor of National Women’s History Month, we wanted to highlight some of our shows that are available to stream online that highlight some of the amazing accomplishments achieved by strong and determined women.  Here are just a couple of magnificent stories we’ve picked out:

In a time of conflict and darkness in her home in Aleppo, Syria, one young woman kept her camera rolling — while falling in love, getting married, having a baby and saying goodbye as her city crumbled. The award-winning documentary unfolds as a love letter from filmmaker and young mother Waad al-Kateab to her daughter — Sama.

She was the toast of Victorian London, New York, and Paris. She was “adopted” by Indian chief Sitting Bull, charmed the Prince of Prussia, and entertained the likes of Oscar Wilde and Queen Victoria. Annie Oakley excelled in a man’s world by doing what she loved, and won fame and fortune as the little lady from Ohio who never missed a shot.

With intimate and unprecedented access, Peter Bratt’s Dolores tells the story of Dolores Huerta, among the most important, yet least-known, activists in American history. Co-founder of the first farmworkers union with Cesar Chavez, she tirelessly led the fight for racial and labor justice, becoming one of the most defiant feminists of the 20th century.

Distinctly referred to as “a redwood tree, with deep roots in American culture,” Dr. Maya Angelou led a prolific life. She inspired generations with lyrical modern African-American thought that pushed boundaries. Best known for her autobiography, I Know Why the Caged Bird Sings, she gave people the freedom to think about their history in a way they never had before.

Watch as Carole King makes history as she becomes the first female recipient of the Library of Congress Gershwin Prize for Popular Song back in 2013. Carole King: The Library of Congress Gershwin Prize In Performance at the White House includes performances by King, as well as by Gloria Estefan, Billy Joel, Jesse McCartney, Emeli Sandé, James Taylor and Trisha Yearwood.

Most of these shows can be watched for free, but some require CET/ThinkTV Passport access. For more information about Passport please visit: https://watch.cetconnect.org/passport/learn-more/