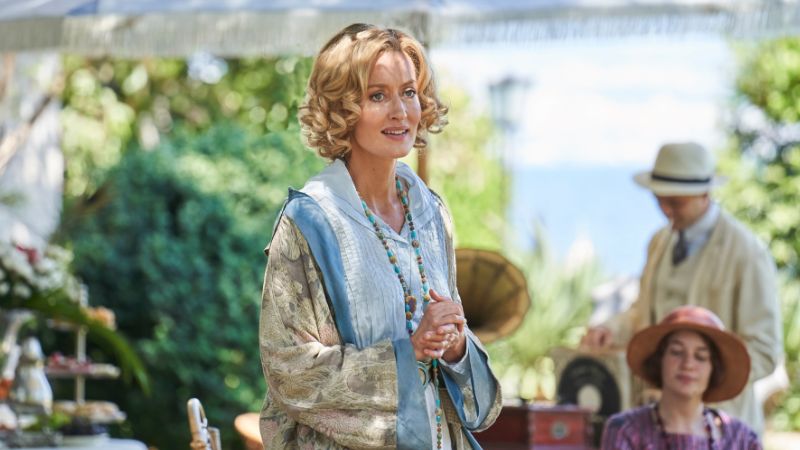 MASTERPIECE is back with the new drama-filled series, Hotel Portofino. Starring Natascha McElhone (Ronin, Californication, Halo), Hotel Portofino features charming characters from different walks of life mingling in an exhilarating cocktail of romance, glamour and mystery. The six-episode show follows an elite – yet dysfunctional – British family who open a hotel for upper-class travelers on the magical Italian Riviera during the Roaring ‘20s.

“Filled with mystery, intrigue and romance, Hotel Portofino is a perfect entree into this summer season, allowing viewers to be swept away into an opulent summer vacation on the Italian Riviera,” Andrea Downing, President of PBS Distribution, said in a press release.

Hotel Portofino is based on JP O’Connell’s historical novel of the same name. The series writer Matt Baker told Drama Quarterly that the adaption of Hotel Portofino “started out very much as a relationship drama, and because I’ve been writing crime stuff, there is an Agatha Christie-style crime element that threads through the plot. The core story is a family saga with an emerging love triangle in the middle of it, but running through that is a light-touch ‘crime’ that emerges and then resolves itself.”

The new MASTERPIECE series tells the story of the Ainsworth family that has relocated from Britain to open an upscale hotel on the Italian coastline. Set in the breathtakingly beautiful resort town of Portofino, this new period drama is about personal awakening at a time of global upheaval in the traumatic aftermath of World War I and the liberating influence of Italy’s enchanting culture, climate and cuisine on elite British travelers. As distinguished guests like the imperious Lady Latchmere check into the hotel, matriarch Bella Ainsworth tries to keep up with their constant demands while also delving into her husband’s mysterious secrets. McElhone and Mark Umbers (Home Fires) star as the British ex-pat hoteliers Bella and Cecil Ainsworth.

The series premieres Sunday, June 19, at 8pm on CET, ThinkTV16, the stations’ livestreams and the PBS Video App.