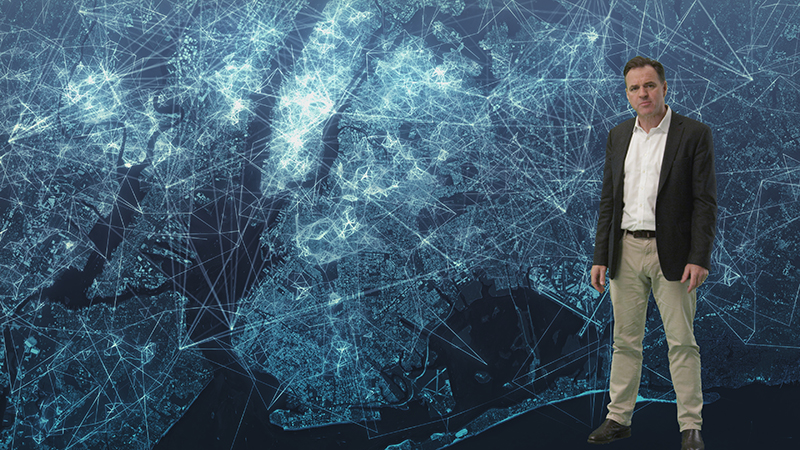 Mark your calendars! On March 17th, a series that takes a look into the history of social networking and where it could lead us in the future is coming to CET and ThinkTV. Hosted by historian and author Niall Ferguson, Networld uses inspiration from Ferguson’s bestselling book, “The Square and the Tower: Networks and Power, from the Freemasons to Facebook,” to explore the intersection of social media, technology and the spread of cultural movements. Ferguson goes about researching these topics by visiting network theorists, social scientists and data analysts. While also reviewing classic experiments and cutting-edge research, Ferguson demonstrates how human behavior, disruptive technology and profit can energize ideas and communication, ultimately changing the world.

This three-part series airs back to back on March 17th at 8pm, 9pm and 10pm on CET and ThinkTV16. Here’s additional information about each part:

Niall Ferguson’s Networld: Episode 1- “Disruption”
Host Niall Ferguson compares the great network revolution of our time with one that happened 500 years ago – the Protestant Reformation. With the help of experts in network theory and precedents from history, Ferguson argues that the printing press had similar consequences for 16th-and 17th-century Europe as the personal computer and the Internet have for the world since the 20th century, leading to polarization and the dissemination of fake news.

Niall Ferguson’s Networld: Episode 2- “Winner Takes All”
By looking at the history of the Victorian telegraph pioneers and the rival computer networks of the Cold War, host Niall Ferguson tells the story of how a decentralized, not-for-profit worldwide web shape-shifted to become a highly profitable network controlled by a tiny elite selling our attention for billions of dollars to the world’s advertisers. The key lesson is that in the economics of networks, the winner takes all – and once the network is under central control, that winner has the potential to be Big Brother.

Host Niall Ferguson focuses on the geopolitics of our interconnected world. Looking at the fight against terrorist networks in Iraq, Russian attempts to divide Americans through social media and the rise of an Internet-powered surveillance state in China, Ferguson shows how our democracies are under threat from outside forces that seek to weaponize the social networks that we invented. He warns of a coming “networld war” that the West may not win.