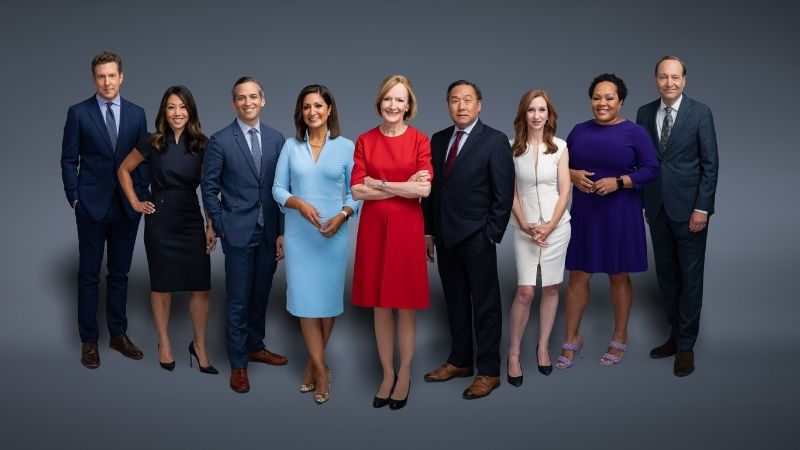 Chief Programming Officer Jim Wiener’s infamous Q&A’s that used to be featured in our Membership Magazine have now found a new home on our blog! Read the next round of the Q&A’s below:

I just heard from my sister who lives in another TV market of a new series, World’s Greatest Cemeteries, which devotes its fifth episode to Spring Grove Cemetery and Arboretum. Surrounding markets seem to have picked up the series, so it would be odd if Cincinnati did not.

I’m not sure that a 13-part series about cemeteries would hold interest, but we can at least cherry-pick the one local episode.

World’s Greatest Cemeteries featuring Spring Grove Cemetery & Arboretum will air on Christmas Day at 7pm on CET, and will air again the next day at 5pm on CET.

I am wondering if your station will be carrying Shetland: Season 6 when it premieres in the U.S.

We did commit to buy season 6 of Shetland at the BBC Showcase… in October of 2019. As far as I know, it still hasn’t been released in America. COVID definitely slowed down production, but the BBC doesn’t offer a series unless it’s available in a month or two. What happened to season 6 is a mystery unto itself.

I was one of the two people whom you met at the State of the Station event in Cincinnati. Both of us expressed our hope that CET would continue the Italian mystery series, Thou Shalt Not Kill that aired earlier this year. I hope CET can program the next season.

Good to have met you, Steve.  I hope they sent you home with some of those tasty hors d’oeuvres!

As you know, Walter Presents is the distributor providing us with many European imports (Thou Shalt Not Kill, Professor T, Line of Separation, etc.).  Generally, they don’t provide a lot of notice on new seasons of continuing series, so we get caught finishing up a particular series just as they announce a new season arriving, so we can’t just piggyback the new episodes onto the older ones.

So after the conclusion of Resistance on December 12 at 11pm on CET, we’ll repeat the last three episodes of Thou Shalt Not Kill season 2 to reacquaint viewers with the storyline before the premiere of season 3 on January 9, 2022.

I have been a faithful watcher of the PBS NEWSHOUR for many years but recently stopped watching.  I do appreciate civil discourse and believe it is key to effective communication. However, I could no longer take Judy Woodruff treating all newsmakers as equivalent entities and giving equal time and consideration to narratives that are blatantly false and destructive to our country.  It is truly disappointing.  I wonder if you are receiving similar feedback from other viewers?

Do I receive similar feedback from other viewers?  Hard to say given vagueness.  All I can do is ask for 1-2 specific examples of what you’re talking about.

As you may know, there is a PBS Ombudsman who fields viewer complaints about the content of PBS programs, and I’d be happy to forward you his name and email address.  But one thing the Ombudsman requires from viewers is specificity.   It’s one thing to say “why is it that the PBS NEWSHOUR has leaned so far to the left?”  Or “Since when did FRONTLINE become shills for corporate Wall Street?”

Both questions are based on vague generalities, and the Ombudsman won’t touch those.  The Ombudsman makes it clear: specific examples only. So if a viewer wrote “On October 18th’s NEWSHOUR, Judy Woodruff interviewed Arthur Bestertester of Health and Human Services, who endorsed baking soda mixed with chicken fat and pumpkin spice as a cure-all for Covid.”  Yep, that’s a concrete example for the Ombudsman to investigate and confirm as a narrative any reasonable person would see as—if not blatantly false, certainly out there in Candyland.

I kinda get your point, especially after hearing radio news stories about increasing contentiousness at school board meetings.  One report on NPR’s All Things Considered had a mother complain about books on the Holocaust in her kid’s school library.  At the very least, she said, the school should also provide books that would provide “some equal time.”   Equal time for… what exactly?

But like the Ombudsman, I’ll ask for any specific examples.