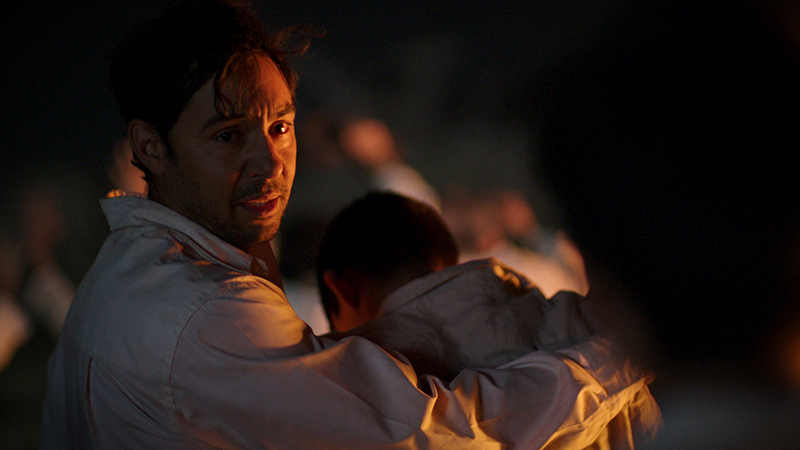 A lot of great programs are flying under the radar this fall. See what our Chief Programming Officer, Jim Wiener is looking forward to watching this October:

Mondays through Fridays, 1pm to 3pm, on CET

There’s more to daytime TV on PBS than kids’ programs or “how-to” shows. Our viewers love dramas and they shouldn’t have to wait until the weekends for them! If the Downton Abbey movie has you pining for the series, binge watch it with us. Downton Abbey continues through October 17, followed by Indian Summers starting on October 21 and Home Fires starting on October 22.

Judi Dench: My Passion for Trees

Saturday, October 5, at 9pm on CET

The actress who gave us As Time Goes By, Shakespeare In Love and Skyfall happens to be a bona fide tree hugger. She lives in Surrey, the most heavily wooded county in all of Britain. She developed this love with her late husband, Michael Williams (also her co-star in the comedy Series A FINE ROMANCE), and has nurtured it with her companion, wildlife enthusiast David Mills. One of her traditions is to plant trees for friends or family who have passed away. In this show, scientists and historians help unlock the remarkable secret lives of trees and the stories they cannot tell. Ms. Dench learns how trees communicate and how they fight off invading armies of insects and extreme weather.

Thou Shalt Not Kill

Sundays, October 6 through December 22, at 11pm on ThinkTV16

This is a 12-part mystery series from Walter Presents, the folks who gave us Modus and Professor T. This one is set in Italy. The body of a 15-year old girl is found in a flooded basement just before her father goes on TV to enlist the public for help in finding her. Chief Inspector Valeria Ferro is on the case.

Mondays and Tuesdays, October 7 through October 29, at 9pm and 10pm on CET and ThinkTV16

This off-beat news mini-series shows us that some news stories aren’t really groundbreaking, but often déjà vu of events decades earlier. For example, when Colin Kaepernick took a knee in protest during the playing of the Star Spangled Banner, sports fans had never seen anything like it. But more than 50 years ago, at the Mexico City Olympics, Tommie Smith and John Carlos stood on the medal stand, bowing their heads and giving a black power salute during the playing of the anthem. Celeste Headlee and Masud Olufani dish up the history, and New Yorker humorist Andy Borowitz provides a side of humorous commentary.

Saturdays, October 12 through November 16, at 10pm on CET

Six-part drama series based on a German village that straddled a river that became the border for the Iron Curtain after WWII. Certainly hardship remained in the years following the war for all Europeans. But here, villagers discovered overnight that friends and families living a few blocks away were now completely out of reach, and largely remain so for the next 40+ years. This was originally 3 parts, each 90-110 minutes long, but it was recut into six chapters, each about 50 minutes.

Secrets of the Dead: The Man Who Saved the World

The three men who — almost — went to war were John F. Kennedy, Nikita Khrushchev and Fidel Castro. It was the Cuban missile crisis, happening 57 years ago this week. What America remembered was must-see TV from the normally sedate United Nations. For me, it an early memory of family huddled around the Philco Predicta television (you’ve likely seen its iconic design with the picture tube outside the chassis. It now sits in my office).

People the world over watched deliberations at the UN, complete with poster sized aerial photos of Cuban military installations and US Ambassador Adlai Stevenson repeatedly pressing the Soviet Ambassador Valerian Zorin about whether the Soviet Union had missiles in Cuba. The Soviet Ambassador stalled, but eventually replied “You will have your answer in due course.” Stevenson’s famous retort? “I’m prepared to wait for my answer until Hell freezes over if that’s your decision!”

The Crisis sparked what was arguably the closest we all came to World War III. But “The Man Who Saved the World” was a Soviet submarine officer, Vasili Arkhipov, who refused to fire a nuclear torpedo, thus averting disaster.

Type in the town on Google Maps, and you’ll get… a blank spot on the map. Zoom out, and eventually the town of Marfa comes into view to the east. To the northeast, there’s route 90 and the little towns of Valentine and Quebec. But there’s no Porvenir, at least not anymore. Google can only show where the town was.

101 years ago, it sat on the banks the Rio Grande. Population of about 140, mostly Mexicans and some Anglo-Americans. One day, Texas Rangers rode into town, and searched houses for guns and any evidence from a raid a month earlier in which three men were murdered and horses and supplies were taken, presumably by Pancho Villa’s soldiers. Finding nothing, the Rangers returned to Porvenir two days later with local ranchers and U.S. Cavalry, rounded up 15 men and boys, escorted them to a hill outside of town and shot them. The remaining villagers fled across the Rio Grande. Days later, the abandoned village was razed by the Army.

A meager attempt at a comeback had a post office open there in 1926. By 1940, it had one business and a population of 20. But the post office was closed in 1948. Here’s a history of what once was, and attempts to bring a town back.

This is a concert that features work from a collaborative of professional musicians and songwriters with veterans to tell their stories of war and the daunting prospects of returning home and trying to re-acclimate. The songwriting process can help have a healing effect for veterans, and it supplies us with a window into their world.

Independent Lens: Made in Boise

This Idaho town has somehow ended up as the surrogacy capital of the country. This follows four women who navigate the rigors of pregnancy, their clients – the intended parents, and the decidedly mixed feelings of their own families who struggle to understand why they do it.

An offbeat travel series hosted by the even more offbeat Sir Tony Robinson (you may remember him as Rowan Atkinson’s sidekick, Baldrick, in Blackadder). The idea here is that drones are able to uncover all sorts of British sites that go largely unseen from public view. So Sir Tony reveals an abandoned theme park, or a flower farm closed 50 weeks a year, a top secret underground Cold War bunker, or beehives on a roof in the heart of London that supplies Fortnum& Maon with a constant supply of fresh honey.