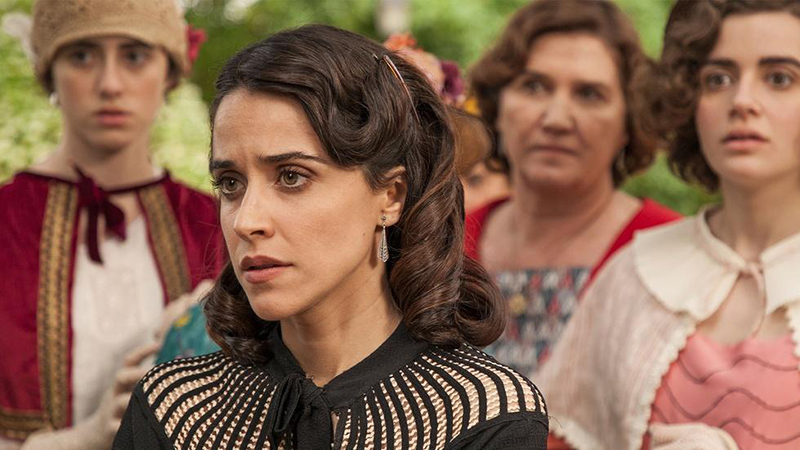 Each month, our Chief Programming Officer, Jim Wiener, puts together a list of the most probing questions that come across his desk. If you have your own questions or comments, you can reach Jim at jwiener@thinktv.org. See his questions from late September and early October below:

I have been enjoying episodes of La Otra Mirada on the PBS website because I have Passport.

Now every time I want to view an episode it states “Video error… video is not currently available for playback.” Is this a technical issue on your end?
Elaine M., Batavia

PBS Passport is a national streaming service and a member benefit for PBS stations nationwide.

While we can add local or syndicated shows to the local inventory, it is not run by local stations.

But there was a specific problem with La Otra Mirada. As you know, it’s a Spanish speaking series with English subtitles. The series was pulled off Passport temporarily because it didn’t have proper closed-captioning. Captioning allows the deaf or hard of hearing a chance to read program dialogue. That’s been the law of the land in America for a decade or two: all broadcast programs (with a few exceptions) must be captioned.

But the captioning has to reflect the language in the program. In the case of LOM, the captions should have been in Spanish. The English speaking audience already had subtitles.

So PBS is in the process of having to re-caption all 13 episodes in the first season of LOM, and probably all 8 episodes in season two, slated to start in January 2023.

Now if you have other questions or concerns about Passport (eg why you can binge watch some series from day one, but not others) call them at 844-285-9783. My understanding is that as long as any series broadcast rights are current, it should be available on Passport.

As far as I can tell, CET will not air the Oct 13 Jan 6 hearing. I hope that CET has not given in to Republicans of southwest Ohio who believe that no government is good government. No government is an invitation to authoritarianism and dictatorship.

Whenever one of these hearings has come up, and a viewer doesn’t see an air time, they can always call us for information. Let’s not assume while saddling up the high horse.

We have scheduled all of the January 6 hearings – both prime time and daytime – on our World channels north and south.

We’ve utilized these World channels for hearings in the past, including both Trump Impeachment trials and hearings for Supreme Court nominees.

I am taking time out of my super busy day as I was disturbed today when my family was watching Pinkariffic [Pinkalicious & Peteriffic] this morning with our 1 and 6 year old daughters. I don’t write letters to companies but this is a bit much.

The show started off great and I was eating my breakfast. I made a stupid little “bet” with myself that this show is going to go WOKE within the first 5 minutes proving my point that current tv and the generation of weak minded, spineless individuals that bend at the will of the smallest percentage of the population are making the biggest mockery of their lives and others. Well, i was correct, as soon the show started 2 things happened right away. First off, I have no problem with people of color of other races, but Im also realistic with numbers and %’s too. You had a white kid playing with her brother and then another colored child is immediately introduced. Nothing wrong with that, a little odd for reality if you were playing odds due to population density. Then the story takes a f**ked up twist when you make the black girls parents GAY MALES.

I understand it is a cartoon so you can make up whatever silly sickness you want to impose upon the minds of kids to make them question and ask us, the parents… Where is their mommy? What is going on?

This is a KIDS SHOW. WTF ARE YOU THINKING? What are you trying to show/teach? This is not AVERAGE. This is not “normal”. Why not make the person crippled, too or bisexual or polygamist. Add up all the rarest stuff and stuff in it in a kids face.

I used to donate to your channel. I grew up on PBS. I learned a lot, but now, your channel is turning to garbage. Woke bulls**t all day long. We can’t watch SESAME STREET anymore. Pushing in extreme rare odd minorities into shows benefits NO ONE. Are you catering to .001% of the population? What is the goal? Im sure you are smart enough to know not to poison kids, so why poison their minds?

It is unrealistic and disgusting. Kids don’t need to know about adult sex or preference. Certain topics are not on tv for a reason? Why not have a whole episode about diarrhea or sticking your finger in your *** if you are trying to be realistic about what is more real and more common that this woke garbage being put into kids shows.

Your job is VERY important. Your job can create and curve minds. Be careful how you use your power and think of your grandkids when you do so. Im sure you are not impressed with society at large and the current new agendas of people making heroes out of oddities, but a kids show is no place for this.

Our family started watching the ORIGINAL SESAME STREET and ELECTRIC COMPANY and WOW HOLY WOWWW can you LEARN the difference. Knowledge is power and that was power. The new shows are weak, woke, and clearly a joke. Semi retarded transgendered bipolar puppets on sesame street are the new fad. They should just remake the original episodes of those shows AS THEY WERE, but with current technology. I’d like to have a strong generation of people, not weak nonsense that is easy to takeover.

Please address this with the show creator and tell them you dont want any more woke bulls**t or you will not carry the show.

Thank you for taking the time to read this.

You’re welcome. I also took the time for a long, hot shower afterwards.

I’m afraid you might have come to the wrong complaint department. You’ll want to contact KLRU in Austin, or perhaps KERA in Dallas, maybe KAMU out of College Station. Hard from this vantage point to determine which you were watching in Lorena, but I handle viewer complaints in southwest Ohio. This is where Sundays are apparently not super busy days like they might be in Texas.

You may also want to consider that while dropping f-bombs is customary on your internet chat rooms, a broadcast station is still a place of business and a local nonprofit, so a little decorum might be in order. If nothing else, writing an email on the Sabbath regarding a children’s program gives this an ample amount of irony.

Still, you’ll really want to take this up with the station for whom you made all those donations in the past, and presumably were watching yesterday.

Oh, and here’s my two cents. Well, I DID have to wade through your letter… in hip boots, no less.

One mission of PBS Kids programming is to show non-traditional households. Kids want to know that they can see themselves in some tv characters. And other kids need to know that other kids can be different from them and their family life… and that’s okay.

There’s no minimum base line above which households then qualify as AVERAGE and NORMAL. A household may not be TYPICAL in its makeup, but that doesn’t make it UNREALISTIC and certainly neither DISGUSTING nor a SILLY SICKNESS.

You cite SESAME STREET and ELECTRIC COMPANY as great series from your youth, and they WERE great series. But that was also a time when merely having faces of color on the tv screen (like EC alums Rita Moreno and Morgan Freeman) rubbed some parents the wrong way.

So the “knowledge is power” derived from those kids series 50+ years ago? It’s now become the “weak, woke and clearly a joke” of today.

Well, knowledge may be power, but it sure can be fleeting!

Two summers ago, at the height of the pandemic, Dorian Walker came to my home to interview me for a documentary on the history of the DH-4, the United States’s first bombing aircraft. The final production becomes available on 15 October and I am hoping WCET has plans to show it here in our area. If so, I am also hoping you might be able to tell me when it might air.

Legends of The Sky: Liberty Plane will air in tandem with our locally produced profile on the restoration of the Memphis Belle at these times…