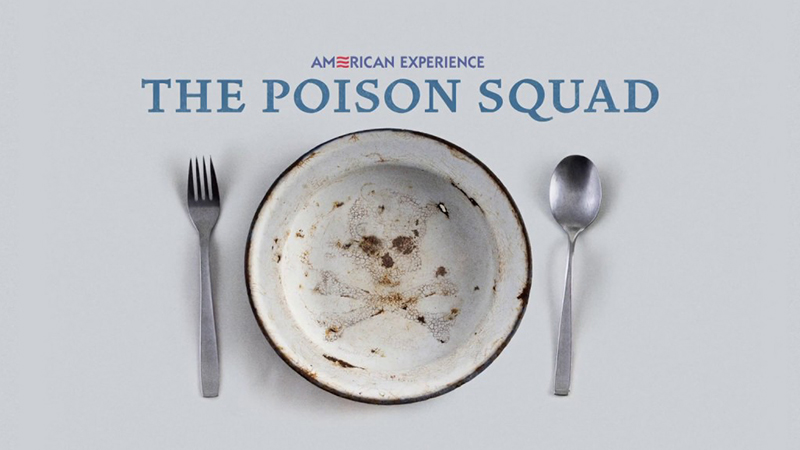 At the close of the 19th century, technology and industry were booming. More and more Americans migrated to cities and away from farm life and fresh, homegrown food. Completely unregulated, the burgeoning food manufacturing industry took off as millions of Americans needed access to readily available and affordable food. In this pre-refrigeration world, meatpacking and canning companies sought ways to keep their products fresh at the lowest possible cost, regularly processing products with untested chemical preservatives.

For example, milk was diluted with water and then sometimes whitened with plaster of paris or chalk to get rid of its bluish tint; formaldehyde was often added to sweeten the taste of souring milk, while pureed calf brains could be used to mimic the cream on top. In big cities, tainted milk was a breeding ground for deadly bacteria and outbreaks of scarlet fever while tuberculosis and cholera were common. Since no ingredient labeling was required, other dairy products like oleomargarine made from scraps from meatpackers were sold as butter and corn syrup was marketed as honey and maple syrup. When the rations shipped to U.S. soldiers fighting the Spanish American war in Cuba were so rancid and reeking of toxic chemicals that troops refused to eat them, New York governor Theodore Roosevelt, who had fought alongside them, said he would rather have eaten his hat.

Dr. Harvey Wiley, a chemist working at the U.S. Department of Agriculture, had been trying for years to raise the alarm about the perils lurking on market shelves. Determined to banish dangerous substances from American dinner tables, Wiley faced enormous opposition from big business and their lobbyists and cronies in Congress. He decided that the only way to prove the toxicity of these chemicals would be through a scientific study using human subjects.

In 1902, Wiley recruited 12 robust young men with brave hearts and strong stomachs and fed them meals tainted with increasing amounts of common chemical additives such as borax, salicylic acid, sodium benzoate and formaldehyde. In exchange for free food and five dollars a month, these volunteers, dubbed the “Poison Squad,” agreed to eat only the meals served by Dr. Wiley, submit to a battery of physical examinations after each meal, and — promise not to sue the federal government if they were injured or sickened in the process.

Explore the story of these 12 forgotten heroes on the next American Experience: Forgotten Heroes Tuesday, January 28, at 9pm on ThinkTV16, CET and online on the PBS Video App. This feature was originally set to air in early February, but was rescheduled due to the PBS NewsHour coverage of the impeachment hearings.