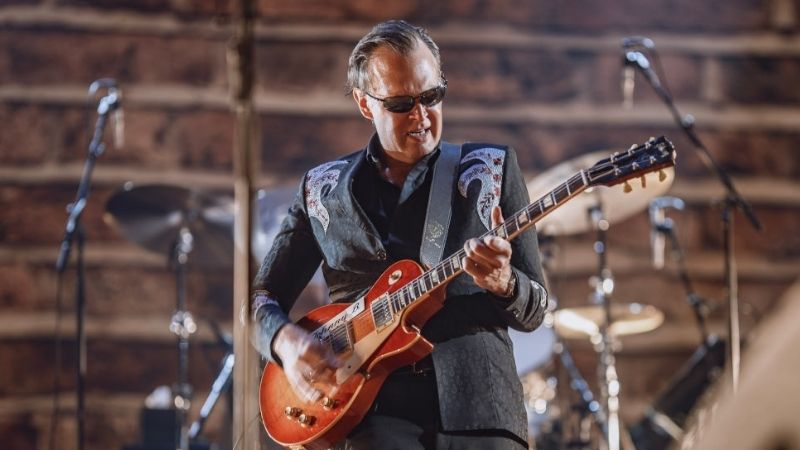 On September 20,2020 Joe Bonamassa hosted his final performance of 2020 during a livestream concert from the Ryman theater in Nashville, Tennessee. This 60-minute special is a new solo studio album Royal Tea inspired by his British guitar heroes Jeff Beck, John Mayall & The Bluesbreakers, Eric Clapton and Cream was recorded at the legendary Abbey Road Studios. Bonamassa is known for taking risks and venturing into uncharted territory throughout his wide-ranging career but now he has found a new way to surprise his fans and music lovers. Royal Tea brings Bonamassa full circle. ‘This whole adventure,’ admits Joe, ‘was a bucket-list thing for me.’ This album reconnects the 43-year-old with the guitar-slinging kid from upstate New York, who stumbled across the best of British blues music in his dad’s vinyl collection – whose influences have shaped him to be the player he is today. ‘I would have been about twelve years old, and it was the sound I heard in my head. Like, ‘OK, I’m in. That’s what I want to be’.’