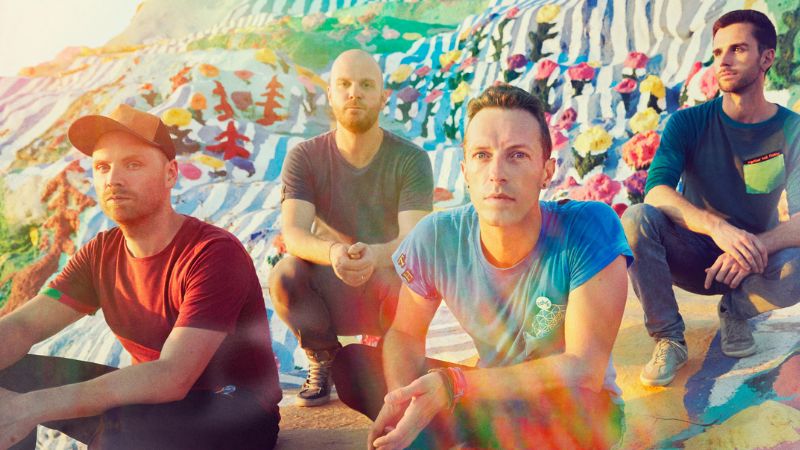 Coldplay’s A Head Full of Dreams concert, which was filmed in São Paulo, Brazil, in 2016, is coming to CET, ThinkTV16 and ThinkTV14 as part of our August Membership Drive!

Coldplay: Live in São Paulo will primarily feature performances from their A Head Full of Dreams album, but will also feature hits from their earlier discography Ghost Stories, Mylo Xyloto and A Rush of Blood to the Head. The show will also spotlight the concert’s one-of-a-kind laser show, confetti cannons and awe-inspiring pyrotechnics.

Coldplay, a British rock group whose melodic piano-driven anthems lifted it to the top of the pop music world in the early 2000s, was started in 1998 in London by pianist-vocalist Chris Martin and guitarist Jonny Buckland. The band was later filled out with fellow students Guy Berryman on bass and Will Champion, a guitarist who later switched to drums.

The band’s full-length debut Parachutes, released in 2000, sold millions and earned the band its first Grammy Award (Best Alternative Album) and paved the way for the more ambitious A Rush of Blood to the Head in 2002. The band’s 2008 release, Viva la Vida, produced in part by Brian Eno, topped the charts in the United States and the United Kingdom and the album’s title track was the number one single on both sides of the Atlantic. Since then the band has released Mylo Xyloto, Ghost Stories, A Head Full of Dreams, Everyday Life, and the concept album Music of the Spheres.

“Everglow” from A Head Full of Dreams

“The Scientist” from A Rush of Blood to the Head

“A Sky Full of Stars” from Ghost Stories

“Clocks” from A Rush of Blood to the Head

“Hymn for the Weekend” from A Head Full of Dreams