“The Chaperone” Comes to Masterpiece 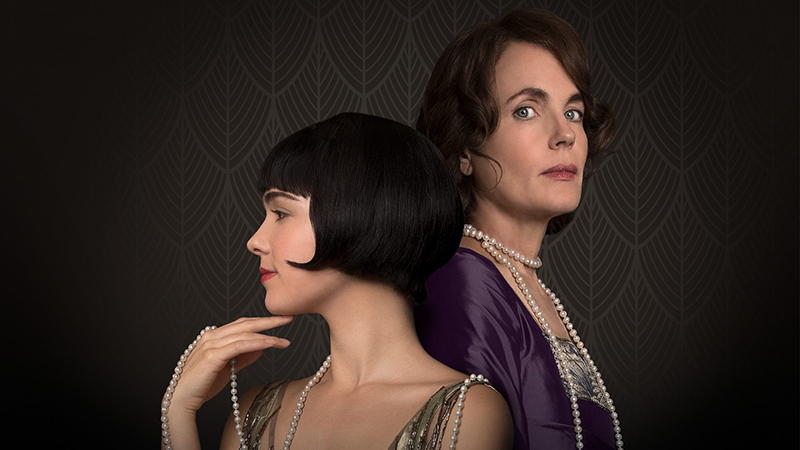 The star, writer and director of Downton Abbey reunite in The Chaperone, based on Laura Moriarty’s best-selling novel and featuring actress Elizabeth McGovern, screenwriter Julian Fellowes and director Michael Engler.

Telling the fictionalized backstory of real-life silent-screen star Louise Brooks, The Chaperone begins in 1922, when Brooks is a teenage modern-dance sensation in her hometown, Wichita, Kansas. Winning a place at the renowned Denishawn Dance Company in New York City, run by Ruth St. Denis (Otto) and Ted Shawn (Fairchild), Louise requires a chaperone for her journey from staid Middle America to the Gatsby-like glory of the big city. Enter a family friend, Norma, who is the middle-aged mother of twin grown-up sons and the wife of an emotionally distant local attorney (Scott). She has her own reasons to sign on as Louise’s minder. In many ways, she is less worldly wise than her fifteen-year-old ward. Nonetheless, she does her best to enforce Presbyterian values on Louise — a job that grows increasingly difficult as their train makes its way east.

Once in New York, Louise pursues dance by day and forbidden pleasures by night (whenever she can sneak away from Norma), while the chaperone embarks on a personal mission: discovering exactly who she is. Years before, Norma was raised by nuns in a New York orphanage, then placed on a notorious “orphan train,” where she eventually landed with a farm couple in Kansas. Tracking down the orphanage, Norma asks for the records of her adoption but is refused by the mother superior. She then enlists the friendly caretaker, a German immigrant named Joseph (Röhrig), to help her penetrate the mystery of her identity.