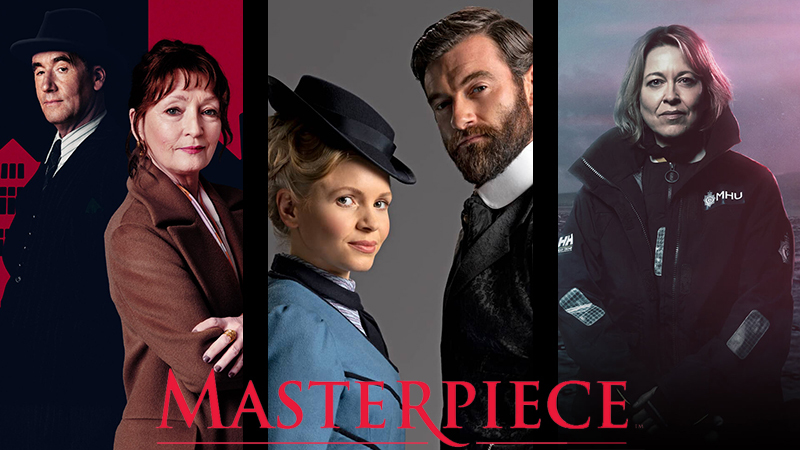 October is a month full of mystery and CET and ThinkTV are adding to it beginning Sunday, October 16, with the premieres of Miss Scarlet and The Duke Season 2 on Masterpiece, Magpie Murders and Annika!

Miss Scarlet and The Duke: Season 2

Sundays beginning October 16 at 8pm on CET and ThinkTV16

The dueling detectives of Masterpiece’s Miss Scarlet and The Duke are back for a new season of intriguing cases set in Victorian-era London. In an era of corsets, bonnets and rigid patriarchy, Eliza Scarlet is England’s pioneer female private detective and a credit to her sex, since she is arguably the nation’s finest sleuth. For his part, Duke is a natural-born crime-buster, destined for high office at Scotland Yard.

The new season, which opens a few months after the conclusion of Season 1, presents a cavalcade of investigations, among them the search for a missing drawing by Charles Darwin, a murder that Eliza realizes mimics the plot of a mystery novel, a product-poisoning scheme, and a grave-robbing conspiracy. She also helps out Hattie by looking into prospective marriage partners proposed by her socially ambitious aunt (Helen Norton, Cracks), conveniently finding scandals associated with all.

Sundays beginning October 16 at 9pm on CET and ThinkTV16

Magpie Murders is a new six-part series on Masterpiece based on the best-selling novel written by Anthony Horowitz OBE. Hailed as “a magnificent piece of crime fiction” and “an ingenious novel within a novel” by the Sunday Times (London), Magpie Murders topped multiple best-seller lists including the New York Times and Los Angeles Times and appeared on the year-end Best Books lists of NPR, USA Today and others. Its international awards include the prestigious Macavity Award for Best Novel.

A beguiling murder mystery with a solution that will both astonish and shock viewers, the plot of Magpie Murders revolves around the character Susan Ryeland, an editor who is given an unfinished manuscript of author Alan Conway’s latest novel, but has little idea it will change her life. A dead mystery author, an incomplete manuscript and suspects galore!

Sundays beginning October 16 at 10pm on CET and ThinkTV16

Set on a scenic river amid stunning Scottish lochs, Glasgow has an unusually high rate of slayings connected to water. At least, it does in Masterpiece’s new six-part crime series starring Nicola Walker (Unforgotten, Last Tango in Halifax) as DI Annika Strandhed, the speedboat-driving head of the city’s newly-formed Marine Homicide Unit.

A police procedural with wit, Annika delighted critics during its recent UK broadcast. “The dialogue is so droll and the performances so charming I’m in for what fisherfolk call the long haul,” enthused the reviewer for The Guardian and The Times offered this praise, “Annika allows Walker to let loose a warm sense of humor.”

While other TV detectives discuss the case exclusively with their team, Annika addresses viewers directly, “breaking the fourth wall” that separates the action from the audience. “With most characters there is so much subtext,” notes Walker. “But there is no subtext with Annika because the subtext is her talking directly to you and telling you what she feels. By the end, we are going to know her as well as she knows herself.”

Annika’s strikingly effective M.O. is to link the crime under investigation to her obsessive reading of literature and mythology. For example, the harpoon manner of death in Episode One starts her musing about Herman Melville’s Moby Dick and its ruinous quest for a white whale, which provides an oblique clue to the murderer’s motive.

Book ‘em… These programs are sure to enhance the mystery of the month. Don’t let them pass you by.