“We Believe in Dinosaurs” Premieres This Week on Independent Lens 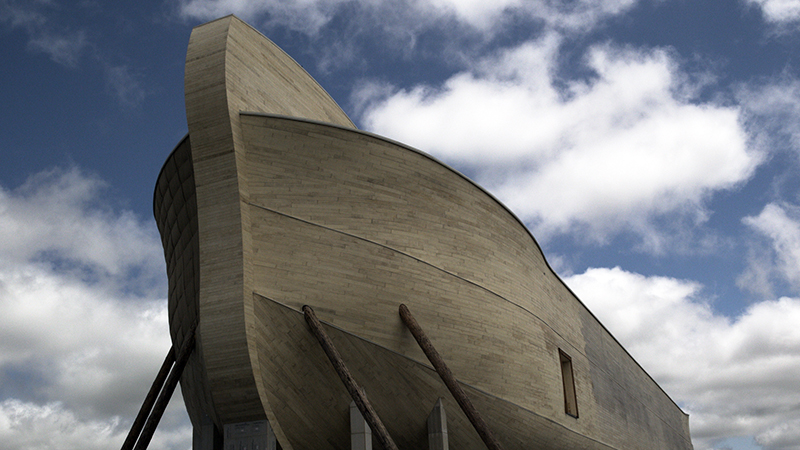 The film that The Hollywood Reporter raves as “intriguing…and timely,” We Believe in Dinosaurs, is coming to ThinkTV and CET this month! This film explores what happens when religious ideology clashes with mainstream science in modern-day America. This film will air on Independent Lens on Monday, February 17, at 10pm on CET and then on Thursday, February 20, at 10pm on ThinkTV16.

The Ark Encounter, the 510-foot tall Noah’s Ark experience in rural Williamsburg, Kentucky, was designed to prove that the Bible is scientifically and historically accurate, that evolution is heresy and that dinosaurs and humans lived at the same time. Shot over the course of four years, filmmakers Clayton Brown and Monica Long Ross document the Ark Encounter’s construction from blueprints through opening day. They follow the efforts of the creationists, scientists, atheists, and activists as they draw battle lines over evolution, the age of the Earth and the separation of church and state.

Among those involved in the conflict is Doug, an artisan who leads a team of artists and designers that create lifelike animals for the Ark Encounter as well as its sister organization the Creation Museum; Dan, a geologist who blows the whistle on the Ark’s discriminatory hiring practices; David, a former creationist who blogs critically about beliefs he once held; and atheist activist Jim Helton, co-founder of Tri-State Freethinkers, who leads a protest rally outside the Ark on opening day.

The Creation Museum and Ark Encounter were built to honor a particular branch of Christian fundamentalism known as “Young Earth Creationism.” Young Earth Creationists believe in the literal interpretation of the Bible: that God created the universe 6,000 years ago in six 24-hour days, contending that humans coexisted with dinosaurs, as depicted in the museum.

The Ark Encounter made national news before it even opened when controversy erupted over state tax incentives it received. Highlighting the growing discord between church and state policies in the town where the park is located, the film also explores the local economic boom promised by the Ark Encounter’s founders and examines whether those promises have been met since the attraction’s opening. “Science policy and the intersection of church and state have always inspired passionate discussion in the U.S.,” Independent Lens Executive Producer Lois Vossen said in a press release. “While we accept the science behind the theory of evolution, our goal with this film wasn’t to disparage or ridicule anyone’s right to believe whatever they want regarding how the universe was created. It’s important to listen respectfully in order to develop an understanding of what forms our various beliefs, especially when our belief systems differ. We hope our viewers will walk away from this story wanting to have informed discussions on science education, science policy, and the separation of church and state.”