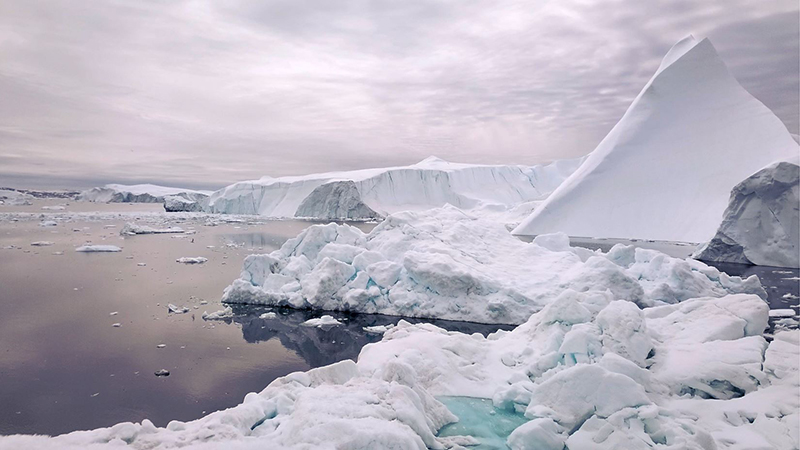 Of all the fresh water that exists on Earth today, 70 percent of it is frozen, held in glaciers and ice caps, most of it in the Arctic and Antarctic — but Earth wasn’t always like this.

Hidden in the rocks and trapped under the ice are clues that reveal a planet totally different from the one we know today. Following a trail of strange fossils found in all the wrong places — beech trees in Antarctica, alligators in the Arctic —  paleontologist Kirk Johnson finds evidence that the Arctic was once covered in a subtropical forest and dinosaurs once lived near the South Pole. A journey to the hot Death Valley desert uncovers rocks that could only get there by glacier, revealing another very different age, when ice sheets extended from pole to pole, turning the entire globe into a giant “snowball” Earth.

Featuring stunning footage from some of the most remote locations on the planet, combined with rich, 3D graphics of long-lost landscapes, Polar Extremes immerses viewers in a scientific quest to explore the unexpected secrets of our planet’s polar past. Why were the North and South Poles virtually ice free for much of the last billion years?  Which triggers turned a balmy “Hothouse” Earth — home to dinosaurs for more than 150 million years — into a frozen “Icehouse” landscape?  What drives the poles to such extremes?  And, can the stories of the past reveal what will happen to the poles, and the rest of our planet, in the future?

To search for answers, Johnson, the Sant Director of the Smithsonian National Museum of Natural History, travels back in time to find out what the Arctic and the Antarctic would have looked like millions of years ago. This epic journey takes him to some of the most remote places on Earth, featuring polar expeditions, white water rafting, helicopters, goldmines, rappelling into glaciers, fossil digs and more.

“This is a truly eye-opening trip through time, because the poles not only changed in the past, they’re changing today,” Polar Extremes executive producer Julia Cort said in a press release. “What forces were at work then, when the Arctic was a swamp or when Seattle was under three thousand feet of ice? And what’s happening now? Polar Extremes gives us an incredible opportunity to find potential parallels to our present—and future—climate story.”